Mixing with the Spanish who arrived in these lands, the “criollo” was born.

With time, the population of Buenos Aires acquired a different personality thanks to the different waves of immigration that began to arrive after 1880. There was a massive arrival of Spanish, Italian, Lebanese, Polish and Russian immigrants who came in search of “bread and work” which corresponded to the state slogan of “populate Argentina.” 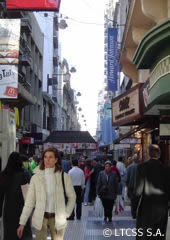 And from the start of the 20th century, there was another wave of immigration from other Latin American countries and Asian countries (especially China and Korea) in addition to internal migration from the interior of the country. Each of these groups donated a part of itself to the identity of “porteño” that we know today.

A resident of the city of Buenos Aires is called a “porteño”, a word that means one who lives near a port. The port has also influenced the cultural life of Buenos Aires. 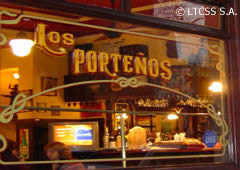 This port is not only an entry point but a point of departure as well. When things become difficult, it is common to say “I have to get out of this place.” And a porteño is likely to dream of other places, and often leaves, only to return sooner than he thought, awash in nostalgia. This is explained in a popular song that says: It pains me to stay, but it will kill me if I leave.

This is a melancholic existence, always thinking in times gone by, in what was lost and what could never be. 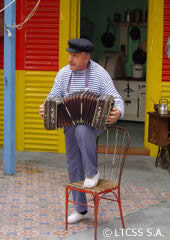 They are of mixed descent. It is normal to have a criollo father, an Italian grandmother, a Spanish great grandfather, and a Russian mother. The result: a porteño who is strengthened by the heritage of each group. While we might find young people who are fourth generation Argentine, with native born parents and grandparents, they will still have ancestors who each had a unique saga.

They are criticized for being proud and arrogant although at heart they are credulous and candid. They are always ready to lend a hand and are basically animals of passion. To discuss politics and win over people to his/her point of view is one of the greatest pleasures, next to being chosen to hear a secret of a friend. A Porteño loves to talk but also to listen, even more so when trying to discover the ways of life of other corners of the planet. If it is a man, the favorite place is the café and his favorite themes are football, politics, the humid weather and sex.