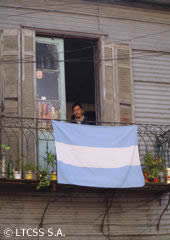 There wasn’t any law regulating the city expansion, so Buenos Aires grew as a result of a population explosion. Social and economic growth factors and its symbols such as roads, railroads, temples and “pulperías” (places similar to a saloon or grocery store) worked as attraction poles that allowed the development of neighbourhoods.

In the most distant places from downtown, close to marginality and deprivation, some neighbourhoods became peripheral suburbs, which people called “arrabal”, as defined in lunfardo (slang), implying something different than a simple neighbourhood. Tango was born there, that is why “suburbs” and “arrabal” are frequently found in tango lyrics. Just by mentioning these words, we think of a setting crowded with malevos (criminals) and prostitutes, honor codes and treason, dancing and fighting. 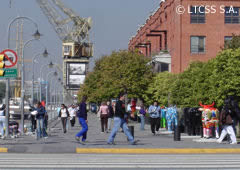 Social context and identity were thus expressed in the music and dancing of Buenos Aires. This music was a cathartic expression of the social problems experienced by immigrant workers who had to work hard in their struggle for survival. However, when tango spread through Buenos Aires and dancing rooms were present in the whole town, downtown and its lights were so appealing that it became a Mecca.

Porteños (B.A. citizens) boast about having both the longest street and the widest avenue in the world. Rivadavia street numeration reaches number 14,000 and 9 de Julio Avenue has an obelisk that divides the city and establishes the limits between the North and the South.

Each neighbourhood has its own history and particular features acquired from immigrants who give each one its unique and particular color, style, and customs. 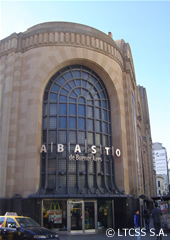 Sociologically, the city is organized under the North-South axle. The North is the richest area where traditional bourgeois families of landowners and stockbreeders settled (nowadays, this is a business related area whose inhabitants hold the best political, economical and social positions). On the other hand, big crowds of immigrant workers settled in the South area, surrounding big factories located in neighbourhoods as Barracas, Constitución and Pompeya.

Middle-class families and the petite bourgeoisie dedicated to commerce and professional activities settled in the Southwest of Buenos Aires.

The neighbourhood of Once encompasses the train station named Plaza Miserere. The Jewish community settled in this neighbourhood, started activities as wholesalers and retailers and gave the place its typical characteristics. Every street in Once sells a specific line of articles: fabric, toys, jewelry, carpets, notions, etc. There are retailers and wholesalers. The Korean community arrived in the 1990s and also settled in Once. 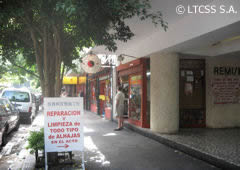 Abasto neighbourhood is named after an old market which marked the lifestyle in the 1920s, with mystic “pulperías” and riders. Due to the fact that Carlos Gardel lived there for many years, many people think Abasto is the tango neighbourhood par excellence. Nowadays, the neighbourhood is flourishing since this historical building has been reconditioned and turned into Abasto Shopping Mall. On one of the bordering streets, passersby may find Carlos Gardel Passage and a monument of the singer exactly at the corner of Anchorena Street.

Latin American immigrants, especially Peruvian and Bolivian, have settled in the area of Abasto. They are contributing their colors and characteristics to the neighbourhood by selling their typical products, food and dishes in bars and restaurants.

The Chinese community has their own neighbourhood in the low area of the prominent Belgrano neighbourhood, on Montañeses street and surroundings, next to the railroad. They settled there and opened supermarkets with typical products and shops selling Feng Shui articles (very popular these days), built Buddhist temples and offer services such as Shiatsu massage and martial arts lessons. They celebrate Chinese New Year and give their welcome to the new “animal” ruling the New Year. Crowds join this original and different celebration.

Arabian and Armenian people took over the area surrounding Scalabrini Ortiz Av. in Villa Crespo. The biggest offer of stores selling exotic spices can be found there. Restaurants with typical dishes and nightclubs with belly dancers and Arabian food are a very popular choice when celebrating special events such as farewell dinners and birthday parties. 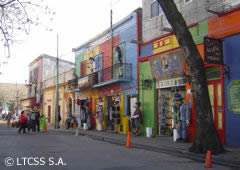 Apart from the presence of certain communities, many neighbourhoods are well-known for offering products of some kind. Leather products are sold in Villa Crespo, in the area surrounding Murillo and Scalabrini Ortiz. Furniture is sold on Avenida Belgrano between Pueyrredón and Callao or in the neighbourhood of Núñez on Cabildo Avenue.

In addition, the look and features of the city are changing in the last decades. The city started looking towards the Rio de la Plata river. That is the case of Puerto Madero, where the old merchant port, hangars and stores were recycled and refurbished into modern and elegant restaurants and nightclubs, with certain features similar to the Port of London.

This area expanded towards the Reserva Ecólogica (Ecological Reservation), where a new neighbourhood called Costanera Sur developed. This place has very modern buildings and large pedestrian streets frequently chosen by many porteños who want to go for a walk on weekends. 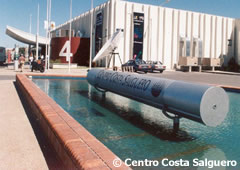 In addition to the abrupt changes that turned bohemian Palermo into a trendy neighbourhood (these changes are described in a vast separate article), another elegant area within Palermo (in the area next to Belgrano neighbourhood) appeared: “Las Cañitas”. Many pubs, restaurants and nightclubs stand out due to their trendy decoration and design. Sushi and Japanese food hype, and fusion, ethnic and gourmet cuisine with many other modern influences turned this neighbourhood into a frequent choice when going out.

Roaming the streets of Buenos Aires means finding stories at every corner and enjoying the attractions and mysteries hidden among the mixture of influences from several cultures that contributed to Buenos Aires’s own identity.

This city has it all for everyone. Its mystery awaits to be unveiled by every visitor who wants to take the opportunity.