Buenos Aires is considered to be one of the cultural capitals of the world. Eclectic, cosmopolitan and with a wide range of cultural offerings, it is a temptation for the sophisticated traveler. 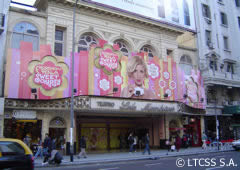 Corrientes Avenue is an image of Buenos Aires cultural life. It is the only avenue in the world that has a concentration of theaters, cinemas and bookstores that alternate with the bars and pizzerias which gives it a bohemian touch. It has been called the “street that never sleeps” and in the 1920’s the city’s residents would pass the entire night going from cabaret to café to theater. It has suffered diverse transformations over the years when the musical venues began to move to other parts of the city. Since then, the theaters have expanded their offerings.

Today tango can be enjoyed in all of its inventions in different theatrical shows, dinner-shows in the great tango houses (tanguerías), the cafés that offer concerts for a more intimate experience, the orchestras that play in grand spaces, and the milongas (a night of tango music and dancing) where the spirit of the “2 x 4” lives each night in the steps of the dancers. There you can watch the great masters dancing traditionally or the new generation who is re-inventing tango: while some are bringing back the old style others are inventing a new one: electronic tango.

Modernity changed the face of the city by putting an end to small neighbourhood cinemas that used to show two films in a day.

Today there are many cinemas, but the most important are those that are called “complejos” (complexes) which have many screens. They are located in the shopping malls and in the wealthier neighbourhoods of the city.

The offerings include the best international titles, with Hollywood especially well represented, some European films and films from other countries. There is also a wide selection of nationally produced cinema. 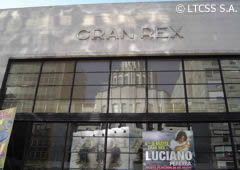 The musical offer of Buenos Aires is as large as it is diverse: all the genres and tastes are represented. The theaters ND Ateneo, Opera and Gran Rex offer different types of concerts and recitals performed by national and international artists. The large musical events take place in Luna Park or in the football stadiums. There are also a great number of cafés scattered around the city that offer musical shows.

In addition to tango, Argentine folk music is the other side of its identity. It describes the life of the provinces, each one of them having distinctive features, rhythms and musical instruments. In Buenos Aires there are many places where you can enjoy “Peñas” which feature the guitars, dances and regional food such as the typical menu of “empanadas” (essentially a stuffed pastry) and wine.

Rock and Roll is also popular, and a distinctive national style has developed, with some songs having a touch of traditional or folk music. This genre also convokes huge audiences of young people when the most famous musicians play. While Club Obras Santirias and the football stadiums host the large concerts, there is also a circuit of underground clubs and discos. 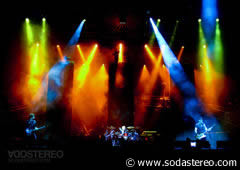 However, the most popular of all music styles is cumbia. Its origins lie in provincial music, but during the economic crisis of the past few years a new style has emerged from the “villas” (shantytowns) called “cumbia villera”. The groups that sing this music use strong street language and sing in places exclusively devoted to this music. The music itself is easy on the ears and is danced to in pairs, doing a simple shuffle step. This style is now enjoyed by the middle and upper classes in limited form, even though they first made fun of the style.

There is another musical style that has resurged strongly in the past years. It is called “murga” and is the style of percussion music distinctive of the countries that border the Rio de la Plata. It draws together men, women and children who dance explosively at the rhythm of percussion instruments. The songs express themes that deal with daily neighbourhood life and politics. They practice during the weekends in open spaces, but it is during the carnival season when they are at their height. 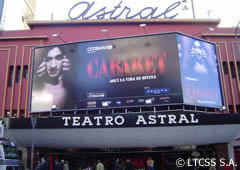 There are more than 60 theaters, the majority concentrated in the downtown, the most famous being the Teatro Colón, which offers some of the world’s finest opera in one of its most beautiful and luxurious old-style opera houses.

There is also the activity of the Teatro General San Martín, which is funded by the government of the city of Buenos Aires, and its three theaters mounts shows ranging from classical theater to modern theater, and even dance and puppet shows.

There are 129 public and private museums in Buenos Aires which display both an important collection of national art and international masters. 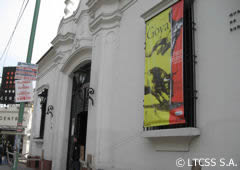 There are also an important number of private galleries and government cultural centers, where you can view both classical and modern art works, as well as photography.

There is an annual arts show dedicated to modern art in Latin America, called ArteBa, which takes place in the month of May.

There is also an important trend in the design of objects and furniture. There are many businesses and street fairs in which you can buy the latest designs.  However, this tendency is especially strong in the neighbourhood of Palermo, called the “SOHO porteño”.

The importance of books in the life of the porteños cannot be underestimated. Books accompany them in the metro, the trains, the buses, and time spent waiting is often time spent reading. 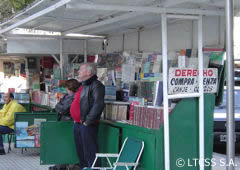 When you want to obtain a book that is no longer in print, a collector’s edition or just want to pay less, there is a large number of used book fairs in Plaza Lavalle, Parque Centenario, Plaza Italia and Parque Rivadavia, among others.

Parque Rivadavia is also the preferred place to go if you are looking for any book related to tango. There is also a large selection of tango records that are impossible to get anywhere else.

When you want to browse books at your leisure, the ideal place is any bookstore on Corrientes Avenue. Most also have discount tables at the entrance with unbelievable low prices.

You can also buy books in the modern bookstores located in the shopping malls or in the large stores that are operated by the most important publishing houses and are located in Florida street and Santa Fe avenue.

Books even have their own celebration during the month of April when the International Book Fair (Feria Internacional del Libro) triggers the cultural life of the city.