The Mapuche (people of the earth, in their language) was one of the major aboriginal groups in Patagonia. They arrived in Patagonia Argentina from Chile, where they originated. They were collectors and hunters, but one of their most relevant feature is the importance they give to language and literature as a way of preserving identity…. Read on 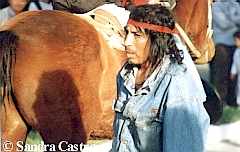 Different indigenous races inhabited Patagonia thousands of years before the arrival of the Spaniards. Their culture was not advanced and this is the reason why we find only a few traces of these peoples (funeral deposits, caves, cave paintings, stone or shell work areas). The best reference of these inhabitants have been obtained in the… Read on

The island of  Tierra del Fuego was inhabited by two large groups of aborigines: the Selk’nam on the mainland, and Yámana, who lived most of the time on canoes in the canals and the coast. The Selk’nam, better know as onas, belonged to the Tehuelche race. They excelled as hunters of guanacos, on which they based… Read on 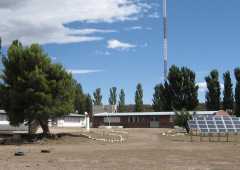 Today the aboriginal ethnic group with the most descendants in Patagonia is the Mapuche. We present you a brief summary of the living conditions and current distribution. The Mapuche indigenous population is concentrated between the central zone and the pre-Andean range in the Provinces of Neuquén, Río Negro and Chubut. Their standard of living is lower than the average in other Patagonian zones, since the… Read on 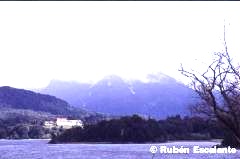 The Curanto Tradition When we arrived in Colonia Suiza, we found a history of movements, changes, of belonging and not belonging, with the history of a man searching for a place to settle and build his dreams. It is as if between one culture and the other you converge into the Araucan curanto made by… Read on