There always is a pretext in order to submerge ourselves into the tradition of the welsh colonies in the south of Argentina, and the discovery of the remains of a 1850 ship is a more than sufficient reason to dedicate them some minutes of our lives.  You won’t regret it. 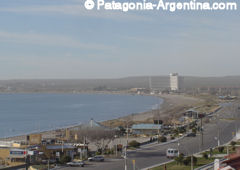 The discovery of some remains of a Welsh wrecked ship on the shores of Puerto Madryn a few months ago is just an opportunity that such a contingent event gives us to approach the past and present of Welsh colonies settled in Patagonia.

The fact that Fernando Coronato, a member of the Punta Cuevas Association, had found a piece of wood when he was walking along the beach and that this gave origin to the investigation is merely an incidental event that makes us recall the fascinating history of those travelers that, back in 1865, embarked on an adventure to settle down on desert lands in the South of Argentina. 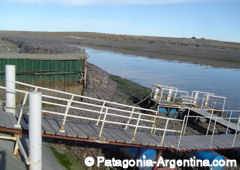 shores were discovered in February this year.
“We think that it is a sunken ship that the Welsh mention in their chronicles describing their arrival to the region. “Those chronicles tell that they used wood from a shipwreck to build their first shelters, and this is very likely because the ship is visibly axe-chopped”, Fernando Coronato, who is also a member of the Patagonian National Center, explained in an interview to La Nación newspaper.

Furthermore, research conducted concluded that part of the wood used to build this vessel is a type of indigenous pine typical of the Eastern region of the United States. 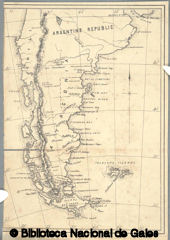 At first sight, it is curious that the Welsh boat found is of U.S. origin, but, as a matter of fact, the first group of Welsh travelers headed towards North America. But they had a problem there: by 1840,Reverend Michael D. Jones noticed a significant assimilation and the strong influence the American society had on the language, religion and tradition of Welsh migrants. Precisely, that was the reason why the idea of “a new Wales beyond Wales” had emerged. They intended to set up colonies in other somewhat far-away places of the world, so that the lack of contact with other cultures would encourage 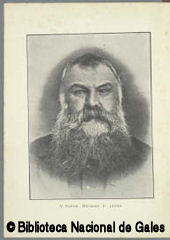 the preservation of their own culture.
After many unsuccessful attempts in Rio Grande do Sul, Brazil and Tennessee, USA, they finally chose Patagonia due to its isolation and because the Argentine government offered to grant them 25 acres of land per family along the Rio Chubut riverside in exchange for settling down in this region that remained virgin.

Strangely, what for many immigrants was a disadvantage, for this group of Welsh settlers was attractive. Of course, they were the first adventurous people who had to endure isolation along with poor harvests, floods, no sea access for their production, and a shrinking population due to emigration.

Even though the main group remained united, life was tough, the land 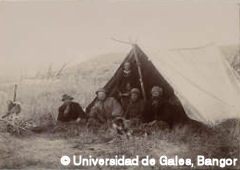 potential was unknown and there was no Argentine government plan other than a series of subsidies. The colony was becoming smaller so some of them decided to travel to convince other Welsh people of the advantages of Patagonia. As a result of this, there were two new decisive immigration waves. With their initiative and knowledge of agriculture, these new Welsh settlers managed to have colonists settle down once and for all.

With their firmly-rooted traditional culture, outright respect for our 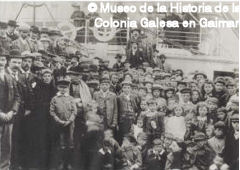 culture and complete integration into our country’s communities, these groups of Welsh settlers are an example of courage, patient effort and dreams come true.

This time, a piece of wood on the beach and an unusual finding provided us with an excuse. Like a bottle with a message thrown down to the sea, this ship carried a hidden tale in its wood – the story of the brave Patagonia Welsh settlers.