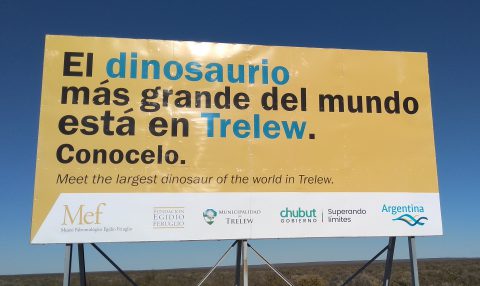 Even if your final destination is the renowned Peninsula de Valdés, you cannot bypass the traditions and attractions that you will find in the city of Trelew.

This is the neuralgic center of the area. Most bus companies and airline flights stop here.

Trelew is located 50 km. south of Puerto Madryn, being the most populated city of the region and a great cultural center. 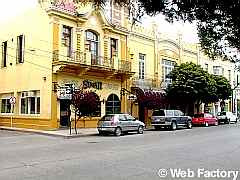 Its name comes from joining two Welsh words “Tre” (means town) and “Lew” (for Lewis); this is “The town of Lewis”. This Celtic name is a tribute to Lewis Jones, one of the first Welsh settlers arriving at these lands.

The Celtic origin of the first Welsh immigrants left its mark in this picturesque town. The diversity of creeds of these settlers originated the construction of more than 30 chapels, many of which are still standing.

The regional museum, located at Fontana Ave. at its crossing with Lewis Jones Street, is a very good alternative to visit. It is possible to observe many objects related to the Welsh immigration days, documents and testimonies of these first settlers’ relationship with the Tehuelches aborigines, original inhabitants of this part of Patagonia. 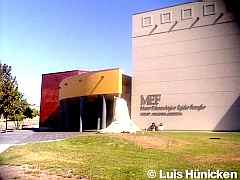 But there is something you definitely cannot miss; the Paleontological Museum. The richness of the materials being exhibited here is known worldwide since in many cases they are original pieces instead of copies. It features several rooms, chronologically ordered, each one featuring a distinct environment according to the characteristics of the time period during which the existence of the animals whose fossils are being shown took place. The tour starts at a replica of the Hands Cave, at River Pinturas, done in such a way that the visitor gets the feeling of actually inhabiting one of those caves and enables him to look at the surrounding landscape just like our prehistoric counterparts did.

The birds room is also amazing; reconstructions made out of fossils are exposed hanging from the ceiling, thus giving the impression of being flying over the visitors’ heads. And there is of course a room devoted to sea fossils and a very interesting video about the origins of the universe and its evolution. All the visit can be self guided or escorted by expert, multilingual guides.

Visiting this Museum is really a worthy activity to perform while in Trelew.

Another attraction in Trelew is the literary-musical festival, called Eisteddfodd, where the main figure is the bard, who recites in English language. This event takes place once a year in October and the creativity that encourages friends, relatives and strangers to participate is thrilling. Prizes are won by the best performers in diverse cultural areas.

The picturesque town of Gaiman is a few kilometers away; there you will be able to walk along its charming streets and meet the Welsh. And it will be quite difficult for you to avoid the temptation of tasting a complete Welsh tea, prepared according to unique standards and accompanied by delicious homemade pastries.

Trelew is a must in the coastal circuit of the Province of Chubut.