Neuquén’s soil is rich in diversity. One can explore it in search of millenary fossils, cultivate it to obtain tasty fruits or take advantage of it to produce an exquisite wine. As a hybrid of these three gifts is born, 7 km from the provincial capital, the Route of wine, apples and dinosaurs. Bacchus, Adam and Spielberg would be lost ecstatic in the Neuquén land. Baco would succumb to the delicious wines of these cold areas, Adam would not settle for a single bite and Spielberg would be convinced that reality sometimes exceeds fiction.

The park of the giants 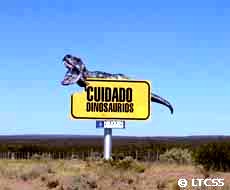 Without resorting to special effects and the drama of fiction, the Neuquén basin is a true Jurassic park. These giants or dinosaurs, such as the Giganotosaurus carolinii or Futalognkosaurus dukei to call them by name, populated the Patagonian territory before in honor of the Patagones it was baptized as such. Today there are only traces of their  walking and some of his skeletons that resisted buried over time.

The Neuquén basin is a privileged reservoir of fossils of all kinds of extinct species of animals and plants, so it has become one of the main sites of paleontological interest. The Rincon de los Sauces, the Los Barreales Paleontological Center- where the Dino Project is developed-, Villa El Chocón and Plaza Huincul are the main attractions of the “dinosaur valley”. 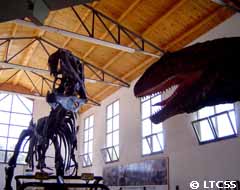 In 1988, on the banks of the Limay River and 8 km east of the city of Plaza Huincul, a paleontological research commission – made up of members of the Carmen Funes Museum, the Cipolletti Museum, the National University of Comahue and the excavation team of YPF of Plaza Huincul- found the largest animal that ever stepped on the Earth’s surface: the Argentinosaurus huinculensis. This herbivore, belonging to the group of sauropods and the titanosaurus family, is currently in the Carmen Funes Municipal Museum. 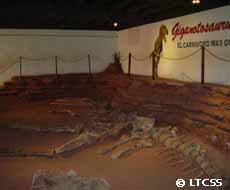 A few kilometers away, the amateur paleontologist Rubén Carolini discovered five years later the remains of a Giganotosaurus. This Giganotosaurus, homonymous to its discoverer, has characteristics similar to the popular Tyrannosaurus of the north, as its size and its ecological role; but its phylogenetic history is very different. The skeleton is one of the most important findings in the Ernesto Bachmann Municipal Museum in Villa El Chocón.

In the Municipal Museum of Argentine Paleontology Urquiza, of Rincón de los Sauces, the most complete Titanosaur in the world is exhibited since its discovery in 1996. In addition to this specimen, you can see other titanosaur sauropods, theropods, freshwater turtle shells, crocodiles very different from today’s ones, cranial remains of a fossil horse of the Quaternary, claw casts of several carnivorous dinosaurs, and marine invertebrates. 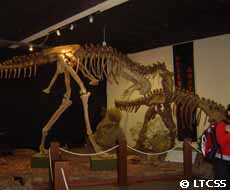 But the largest of the titanosaurs lived in Patagonia 88 million years ago, and was found on the shores of the Barreales artificial lake in 2001: the Futalognkosaurus Dukei. It is named after the Mapuche word meaning “boss of the giants” and the company that financed most of the excavations – the Duke Energy.

This discovery took place within the Dino Project, the only campaign to extract remains of dinosaurs and other fossils open to the public throughout the year in South America. The success of this project led to the formation of the Lago Los Barreales Paleontological Center (CEPALB), belonging to Universidad Nacional del Comahue.

Bacchus, south of the world 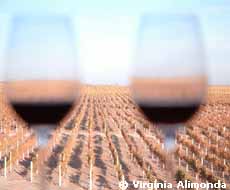 Within what is known as the Southern Wine Region – made up of Neuquén, Río Negro and the south of La Pampa -, the production of wines from cold areas has developed with great momentum. This is a direct consequence of the fact that soil, climate and water conditions merge to give rise to a wine that even Bacchus would covet.

The establishments of the Neuquén wine industry are concentrated in the surroundings of San Patricio del Chañar and Añelo. Among the variety its wines can be found: Chardonnay, Malbec, Merlot, Cabernet Sauvignon, Pinot Noir, Cabernet Franc and Sauvignon Blanc. 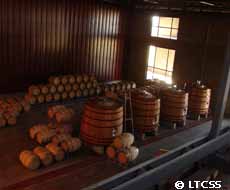 The Winery of the End of the World, NQN, Familia Schroeder and Valle Perdido are establishments that stand out in Neuquén not only for their production, but also for the possibility they offer to visit their facilities, taste their wines and taste the typical dishes of the region.

Perhaps due to Bacchanalian or Dionysian influence, these wineries expanded their services and facilities transforming themselves into true palaces of pleasure. Today they feature restaurants, bars, hotels and even spas. For example, Valle Perdido Wine Resort is a hotel and spa that offers relaxing wine-based therapies. 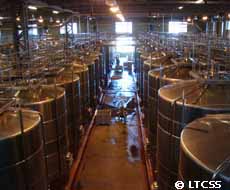 A singular case is the one that baptized Saurus to two of the Schroeder Family wines. While the winery was being built, fossil remains of an Aeolosaurus, a 75-million-year-old herbivorous dinosaur, were found. These original fossils became a new attraction for visitors who can see them in a specially built cellar to display them.

To not spoil the charm of the vineyards, winter travelers are advised to wear coats and shoes with rubber soles; and to those who venture into the harvest season to use abundant insect repellent.

The last stop on the route is usually related to the beginning of time. The apple, mythical co-star of the scandalous original sin, puts its name to the agro-tourism in the area. Taking us this once on the right path, apples invite us to take a tour of Plottier, Senillosa, Centenario, Vista Alegre or San Patricio del Chañar.

In these localities numerous farms are located where fine fruits of stone and pip are exploited; vegetables, flowers and aromatic herbs are grown; they make sweets, cheeses and sausages; and farm animals are raised. As its facilities are open to the public, in addition to the typical productive tasks, at these farms are carried out activities linked to tourism proposals. The collection of fruits, hiking, photographic safaris, the elaboration and tasting of products and foods characteristic of the region, the naturist retreats, the performance of agricultural tasks and the observation of the fauna are some of the options offered to visitors.

In Centenario and Plottier most of these agro touristic establishments are condensed. In the town of Centenario, located 17 km from Neuquén Capital, the farms that stand out are: Los Chalets, La Pradera, Los Nonos, Neucent and La Casa del Flaco. At 16 km from the provincial capital, Plottier stands out with Las Araucarias. Other attractive sites are the Moño Azul packing shed and the Reserve Park, natural habitat of various species of swans and birds, in the city of Vista Alegre.