Cafayate is the heart of the wine route from Salta. A sandy soil, always sunny days and cool nights make it the ideal environment for the Torrontes, Salta’s variety par excellence.

If traveling to Cafayate it is essential to visit at least one of the winecellars. Here we offer you a list of the most known ones: 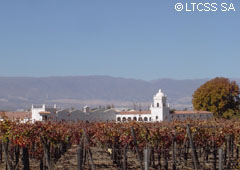 It is one of the first wineries in Cafayate. It was created in 1893 as La Rosa Bodega Hermanos Michel Torino, family to which it belonged until 1994 when it became the property of Felix Lavaque who, shortly after, sold it to a Swiss group. Since then, under the name of El Esteco, it is dedicated to producing only premium wines. The entrance to the estate and the colonial-style building are stunning. They offer guided tours with bilingual guides and a final tasting. A little pearl: During special visits, the old cellar of the colonial era, with its original floors and walls, can be visited. At the site also operates Patios de Cafayate, a boutique hotel with 30 rooms, with the same architectural features of the cellar and a spa offering grape-based therapies and its derivatives. 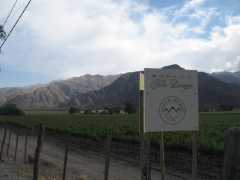 Founded in 1870 by Jose Lavaque, it is another historic winery of Salta. Today it is run by  the fifth generation of winemakers and wine producers, in the person of Rodolfo Lavaque and his children, Dolores, Julio and Francisco. They produce high quality wines under the marks Quara and Pecado, covering varieties of malbec, cabernet sauvignon, and torrontés. The house in which the cellar is deserves its own paragraph and is worth a visit:  very well cared after, it belongs to the colonial style. It is located in Alemanía. Guided visits that include not only the winery but also the vineyards are offered. Their guides make the impossible so that visitors take the experience of the visit and the tasting as a real encounter with wine and the land of Salta. Highly recommended!

It is within the wineries that can be reached on foot because it is very close to the main square. It was founded in 1897 and by now 4 generations of the same family have been producing  wines. A few years ago it became the first winery to certify its wines as organic. The commercial brands are Arcanus and Nannis. 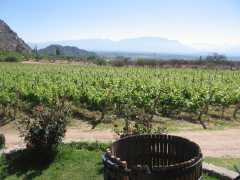 It is a family winery, located at the foot of El Cajon Hill, where it has a beautiful view of the town of Cafayate and the whole valley. You can arrive by private vehicle, bicycle or by a short trek from the square of Cafayate. One of its features is that the vines are grown in terraced fields on the slopes of the hill, just in the same way that the natives of the area cultivated the lands. In addition, José Luis Mounier (its owner) and his family are proud that their production is achieved only with manual labor without the use of pesticides, which makes all their products organic. The wines are marked J.L. Mounier and Finca Las Nubes.