Patagonia allows you to practice scuba diving in the waters of the Atlantic, in the Beagle Channel, the heart of the “End of the world”, or in the blue depths of Nahuel Huapi, in the region of the Andean lakes. 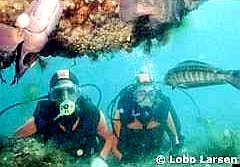 The activity of submerging in the aquatic depths can have very different purposes: it can be a scientific work to discover relics of the past that are stored in the depths of the ocean, or know more about life in the marine background, its depths, its geography. It is also a profession for the instructors who live on teaching this activity and for professional divers, whose task, sometimes not at all pleasant, is essential for society. And it is also a hobby for fans, nature lovers eager to enjoy a different, strange, exotic, other world. 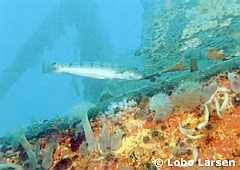 In Argentina, basically, diving can be practiced in two different areas: the waters of the Atlantic Ocean and the lacustrine sectors. In any of these two variants, the Patagonian region, thanks to the transparency of its waters, is the preferred one for the practice of this sport.

The most prominent sites for scuba diving in Patagonia are: 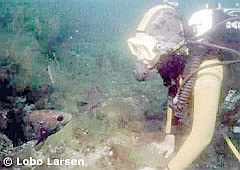 Scuba diving is a sport and recreation discipline, which requires an adequate pre-workout-theorectic training. In many countries without this you are not allowed to submerge.  In Argentina, amateurs can perform the so-called “underwater baptisms” without having a certification that enables the person as a diver, provided that it is accompanied by an instructor and respects the depths and times maximum. 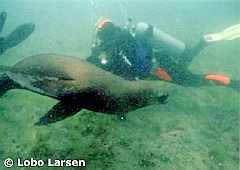 For a basic level of diving no special physical requirements are needed, you just have to be healthy physically and psychically, and be reasonably fit. People with physical disabilities of different types can also practice it, making the adaptations that are necessary to the equipment. In most cases it is accepted that there is a minimum age, around 12 years, to start practicing.

Some diving rules should be taken into account, to avoid accidents during diving. The environment in which a diver finds himself, or an apprentice, has different laws from those of the surface.

When ascending after an immersion, the air must be released little by little, in small quantities, as depth is lost, exhaling continuously. If the air is retained there is a risk of tearing in the lungs, because the contained gas tends to expand.

The carbon dioxide should not be retained breathing very short and not giving time to eliminate it, or after making a great physical effort. The symptoms that this is; occurring are panting, weakness, dizziness, headache or cyanosis. In these cases it should be due; resort to rest or oxygenation.

The so-called “Valsalva maneuver” must be performed several times, which consists of blowing strongly through the nostrils while pressing at the same time with the fingers the nose, in order to open the eustachian tube and prevent possible damages in the tube.

If you notice, in yourself or your companion, symptoms as a loss of coordination, dizziness, inability to communicate, fainting or drowning, it is a must to ascend to areas of lower pressure where these effects of intoxication will disappear completely.

Vacation packages to Puerto Madryn starting at USD 1.330
A week at the End of the World Best Tours Included
Ask now!