Remains of a dinosaur were found in Chubut territory. It is the biggest in the world. 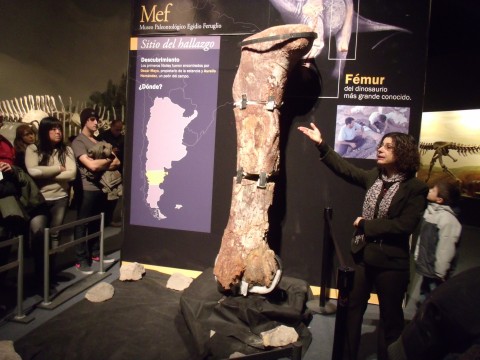 Femur of the world’s largest dinosaur in the MEF

Researchers at the Museo Egidio Feruglio (MEF ), Trelew, found the nearly complete remains of the largest dinosaur skeleton found so far in the World with a femur of 2.40 meters. Given the size of the bones found , which outperform the Argentinosaurus found in Neuquen, this new dinosaur becomes the largest known to date. 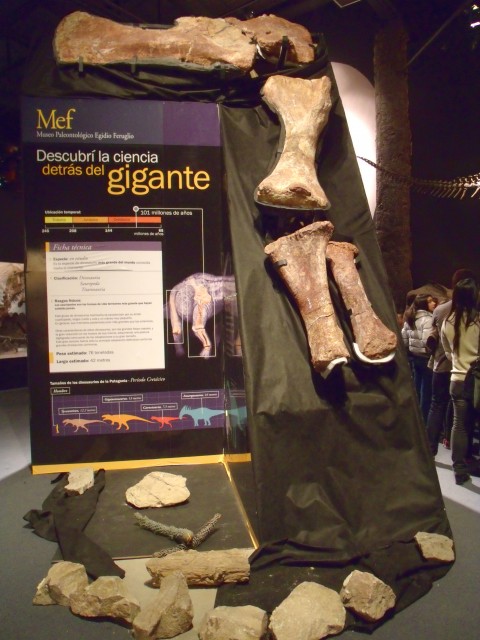 It all started 6 years ago when a laborer named Aurelio Hernandez found a bone that caught his attention and quickly advised the owners of the land, who in turn contacted technical paleontologist Pablo Puerta, from the Feruglio Museum. From this Museum experts soon came to make observations in the field and to start the first campaign in January 2013.

The tasks were complex and excavations took almost three months. “When we started digging and discovered the femur and other bones such as the hip , ribs, humerus , etc  we were puzzled ,” said José Luis Carballido , one of the scientists in charge of the investigation. 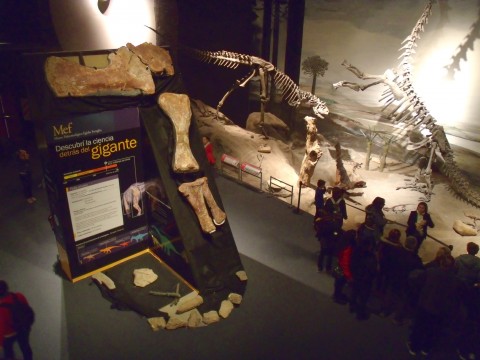 This dinosaur belongs to the group of sauropods, herbivorous and with a huge structure. The biggest ones that inhabited the earth.

To conduct a more thorough investigation some of these bones were transferred to MEF , while others remain in place, protected with plaster for the winter. It is estimated that it will take two more years to finish the excavations. And it is quite possible that the area may produce new evidence of more dinosaurs of great size .

For the director of MEF , this finding is one of the five most important discoveries of the past 20 years.

Given the size of the bones, experts explained that this is an animal whose weight would be about 80 tons, the equivalent of 14 adult elephants . 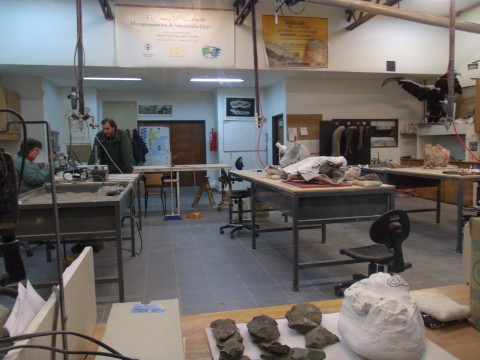 The fossils laboratory of MEF – Trelew

The dinosaur from head to tail, would be 40 meters long and its height should reach 20 meters, something like a seven-story building . The herbivorous species lived in the Patagonian region , but no further details are yet available, so these bones found are of paramount importance, allowing their discovery to come up with more precise evidence about their morphological and anatomical issues.