The orcas’ population in the Argentine Atlantic Patagonia consists of only 32 specimens; however, they are not of little importance, as they have arisen scientific interest due to their heterodox hunting method –  intentional stranding. These cetaceans intentionally strand on the shores to catch their preys, typically sea lions’ and elephant seals’ offspring.

They need food and, from time to time, their appetite justifies one of the most unforgettable shows displayed by the marine fauna. However, orca watching is hardly achievable, unlike that of the southern right whale.

In October and November, orcas swim rapidly towards the coast -transversally or diagonally- driven by their strong caudal fin, and strand nearly two thirds of their body length on the shore to capture their prey. The prey fights to escape, but it is useless:  the orca is a conqueror marking the fields, moving away victoriously with the loot to his county, leaving behind only the sound of waves crashing on the shore. 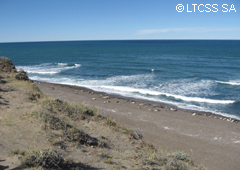 In addition to the Valdés Peninsula, intentional stranding is seen only in the Crozet Islands, in the Indian Ocean; however, unlike the former case, the Crozet Islands are located in a remote area of difficult access.

This behavior was studied by Juan Carlos López, during his 13 years as a wildlife warden on the coast of Chubut. Since then, the researcher has been working for 23 years with orcas in the wild. Among other things, he made the first photo-identification catalog existing in our country, which allows for an individual tracking of these cetaceans.

Beyond the spectacular nature of the intentional stranding strategy, it is also true that the attempts are highly risky, since orcas are exposed to the danger of stranding permanently on the shore.

The wildlife warden and cetacean researcher, Roberto Bubas, points out that this strange hunting behavior is a cultural fact. It is a learnt skill, rather than an instinctive and inherent characteristic of the species, i.e., it has to be transmitted from one generation to the next. 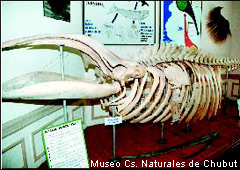 For this reason, he explains, intentional stranding is being threatened: “Evidence suggests that out of the 32 orcas in the Peninsula area, only 7 have adopted this strategy as their main hunting technique, and of these only 5 teach their brood. It is a technique that seems to require a long training period. It is essential to assure the intergenerational teaching of this skill, unique in the world, which might depend on no more than ten specimens”.

Bubas received an award from the Mitsubishi Corporation, through Fundación Iara, of US$ 72,000 for his monitoring of the Orca population in Valdés Peninsula and his studies on hunting techniques. He was honored in the opening ceremony of the Orcas Room in the Oceanographic Museum of Puerto Madryn. The award will allow Bubas to keep on researching with greater resources in order to take on bigger projects. 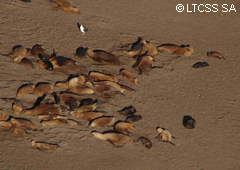 According to the researcher, the origin of intentional stranding might be related to the killings of hundreds of thousands of sea lions carried out by the Machinea family between 1917 and 1953. Due to the lack of preys, the cetaceans might have been obliged to make innovations in their hunting techniques to survive. Bubas believes that before these killings there might have been more than 70 orcas in the region.

Orcas (Orcinus orca) are the largest members of the oceanic dolphin family and the most important sea predators. They live in all kinds of oceans, from cold Arctic regions to warm tropical seas, including certain mild areas like Valdés Peninsula. 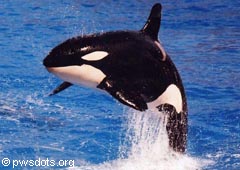 Among their physical characteristics, we can mention their black back, white chest and sides, and a white patch near the eye. Males usually weigh up to 7 tons and are between 6 and 9 meters (19-29 ft) long, while females weigh up to 6 tons and are about 5 meters (16 ft) long.  The orca is one of the fastest marine mammals, reaching speeds of up to 56 km/h (35 mph).

Orcas swim in large packs, led by an adult female, which is usually the mother and -probably- the grandmother of several pack members. They are highly sociable individuals and each pack has its own dialect, although this does not prevent communication with other pods.

Orcas are also known as the “killer whales”, leading to the mistaken belief that these cetaceans are naturally violent for no reason, while in fact they attack only when hungry.  As a matter of fact, this animal does not tend to attack men. Furthermore, it is worth pointing out that orcas are not whales, though -like whales- they belong to the general order of cetaceans.

Actually, the belief of orcas’ “killer” nature derives from the fact that they make up the highest link in the marine food chain, feeding on fish, birds, turtles, seals, sea lions, elephant seals, sharks, and whales.