In order to describe the Patagonia flora it is necessary to distinguish the different regions within it. 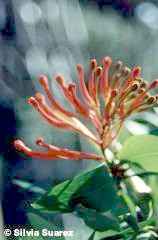 The part of the northern littoral containing the coast region in Rio Negro and Chubut is a transition zone between the Chaco forest and Patagonia steppe. Believe it or not, the forest vegetation in our country goes from Chaco in the north to the northern area of Patagonia. Here pasture, bushes and stunted trees are a common thing.

Getting into the central Patagonia typical tableland, vegetation changes and starts getting the steppe features. Pasture becomes poor and there are forests of jarilla. But the most characteristic thing of this region is the growing desert created by the man: it is the consequence of the excessive pasturing of goats and sheep and the cutting down of bushes for log.

This is one of the most serious problems the region has to face in this moment since recovering the soil from the increasing desert takes a long time and modifies the production activities of the inhabitants.

The volcanic ashes have also contributed to the problem, having covered the area a few years ago and still having effects on it.

The river shores have a different appearance, similar to that of an oasis in the middle of the desert. There, besides Red or Creole Willow, which is abundant, there are many trees of different imported species.

Western and pre Andean area
(Zone of the High Valley of Río Negro and lands of Neuquén)
The vegetal tapestry is the bush steppe with abundance of jarilla, neneo and coironales, related to the rains, which are of between 200 and 400 millimeters a year.

In the mountain range the vegetation goes from the steppe to the Andean Patagonian or sub Antarctic Forest. In the north part, between parallels 37 and 49, there are araucarias and pehuenes, which can become 40 meters tall, with trunks of a meter in diameter and rough cortex. There also are lengas, coihues, ñires and oaks and calafate, chaura and berries bushes or forests. On the river shores the Creole or Red willow, once abundant, has been displaced by other imported species.

Zone of the north Patagonian lakes 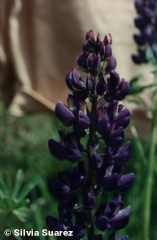 In the national Parks some areas are kept virgin, and the traveler can enjoy the miracle of preserved flora and fauna. In Lanin National Park, araucaria, called pehuen by the aborigines, primitive conifer found only in the cordillera area between the Copahue Volcano and the Lacar Lake.

The Nahuel Huapi National Park, the Austral Forest or Andean Patagonian, is known because of its trees such as coihue, of great size (between Puerto Blest and Laguna Frias there is one called The Grandfather which is more than 500 years old, 40 meters tall and 2 meters of diameter), canelo, sacred trees for the aborigines, arrayan which gives its color to the forest in Peninsula de Quetrihue.

Other conifers such as cypress and larch also have an environment restricted to the Andean fringe up to the 1000 meters. This kind of forest becomes thicker in Los Alerces National Park, where there are some of them, which are 3000 years old. Out of the protection areas these trees are almost extinguished because of the quality of their wood, which does not rot and can be separated into little tiles for roof and walls.

Bushes, small bush and minor plants, as well as flowers and fruits such as a mushroom called Llao Llao that grows in the coihues and other trees, are noticeable because of their abundance.

Austral Patagonia
In many areas vegetation is reduced to almost nothing: a thin layer of dried herbs, water lacking and no animals can be seen around. The harm produced by the excessive pasturing of animals is hard to reverse. The volcanic ashes also create a noxious effect on the land and soil.

Tierra del Fuego
To the north, steppe views: pasture. To the south, mountain views: lenga, ñires, coihues and canelos forest, a small forest of bushes such as michay and famous calafate, herbs and fern. In areas with a poor draining there is moss everywhere.