It is located northwest of the San Matías Gulf and has an approximate area of ​​70,000 hectares. It extends from the San Matías Beacon, in the west, to the El Sótano area, including the entire San Antonio Bay.

It was created by the Provincial Law of Río Negro in 1993 with the objectives of protecting and conserving the environments for reproduction, rest and feeding of diverse birds, both resident and migratory, such as the Double-collared Plover, the Common Oystercatcher, the South American Tern, the Seagull Cook, among many more. 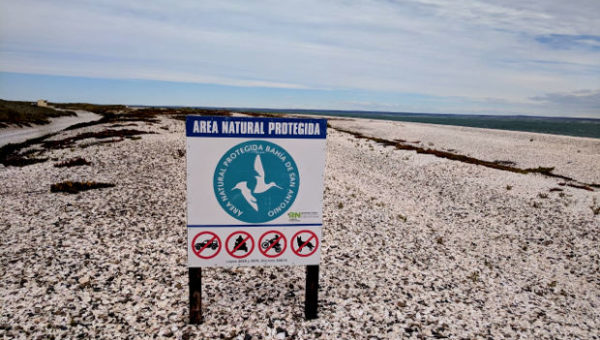 It is of great importance in the migration of several species of shorebirds, among which is the Reddish Sandpiper (Calidris Canutus), a long-distance migratory species that travels a total of almost 32,000 kilometers per year and is concentrated in flocks of 1,000 20,000 individuals off the shores of San Antonio Bay. It can fly 8,000 km. non-stop between southern Brazil and Delaware Bay in the US.

The Hemispheric Shorebird Reserve Network (WHSRN) recognized it as a site of International Importance.