Lighthouses are an emblem of sailors and Patagonia, discovered, respected and even feared by seamen, conserves many of these artifacts. 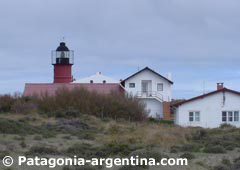 The word lighthouse (“faro” in Spanish) comes from Pharos, the name of an island located in front of Alexandria’s port in Egypt. The first tower holding a torch was built in its eastern coast in order to guide the ships wanting to enter the port. Later, the name “faro” was given to any kind of lighting useful for helping ships avoid the geographic accidents.

Despite the distance between Egypt’s Alexandria and southern Argentina’s Isla de los Estados, both have in common a singular project: the reconstruction of two of the most legendary lighthouses i 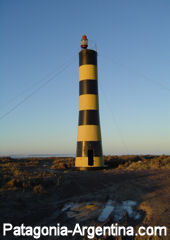 n the world. As a matter of fact, one of them is already operating since February 1998, thanks to French sailor André Broner. It is an exact replica of the lighthouse built by the Argentine Army in 1884, which was deactivated in 1902. It was the first lighthouse in the austral coasts but it only shone for eighteen years. Commodore Augusto Laserre (founder of the city of Ushuaia in Tierra del Fuego) was in charge of the expedition responsible for installing the original lighthouse. This lighthouse operated in a circular building, made out of Lenga wood. But as its light was rather dim, it was replaced by the one in the Año Nuevo archipelago.

In Patagonia, signalizing began with the construction of a lighthouse in Isla de los Estados, which was immortalized by Julius Verne in his book “The lighthouse of the End of the World”. 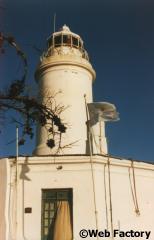 The first continental Patagonian lighthouse was installed at Rio Negro province in 1887 (see picture above). It is still possible to visit it at El Cóndor beach resort.

The lighthouse at Punta Delgada, at Valdes Peninsula, is also very antique (it began operating May 1st. 1905). It is a conical, brick colored tower which also features a house. Its height is 114 meters above sea level and its light has a reach of about 54 Kilometers.A clever decision by the Argentine Army made it possible to transform it into a Tourist Complex, modern and creative. 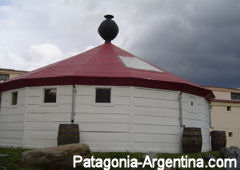 More to the south, the Punta Ninfas lighthouse adds another strategic reference at Gulf Nuevo’s mouth, near the city of Rawson.

Finally the lighthouses at Cape Blanco (near Puerto Deseado) and at Cape Virgin (south of Rio Gallegos), both surrounded by a much attractive sea fauna, typical of the Patagonia sea, complete the series of silent monuments that, besides representing sovereignty, are part of many tourist itineraries within our gifted geography.

Vacation packages to Patagonia Today starting at USD 1.120
A week at the End of the World Best Tours Included
Ask now!