reached this bay on March 31st, 1520. On the following day, Palm Sunday, there was the first mass on Argentinian territory, said fact is remembered by a monument located in one of the extremes of the avenue that runs along the coastline avenue (Avenida Costanera).

Magellan’s expedition had set off almost seven months ago and it was made up of five ships, called “Naos”, that were bigger than caravels. This was Magellan’s Navy.

The tension generated by those long months during the navigation, along with serious conflicts that the seaman had with his crew (Magellan was Portuguese and most of the members of his crew were Spanish) burst out in San Julián. There was a rebellion that resulted in a dead captain during the riots, a murdered prisoner by order of Magellan and two exiled people. Exile was almost a death penalty: can we imagine what it was like to be exiled in the desert coast of Patagonia in 1520? The name “Banco Justicia” (Justice Bank) memoirs this fact with a small promontory in the middle of the Bay of San Julian: it was the chosen place for the beheading. 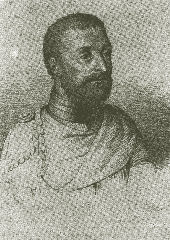 Pigafetta, the famous Italian chronicler, was in this expedition. He is the one who has informed us on this expedition with great detail through his writings. San Julián was the place where the first encounter between Europeans and Tehuelches took place. Magellan called ‘Patagones’ the famous ‘gigantic’ Indians because of the size of their footprints or because he thought Tehuelches had the size of monsters and supernatural strength. The name of ‘Patagones’ was later given to the whole region. (According to the most accepted version, the name came from the similarities between the aborigines and a gigantic imaginary character, the star of a famous chivalry novel that was famous all over Europe during those times).

Magellan ordered to take two Tehuelches to Europe as prisoners but both of them died because they refused to eat.

When knowing this part of history of the San Julián Port, the city’s 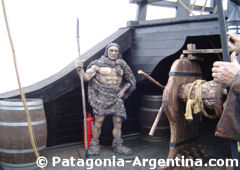 motto, “Origin of the Patagonian Myth” gains a lot of sense.

Magellan stayed for only five months in this place but the events he lived here were so important that San Julián became a reference point for all those who later embarked on the fabulous adventure of getting to the last corner of the Earth.

There is a replica of the ship Nao Victoria on the beach where the access avenue to the San Julian Port ends. Said ship was the only one from the Magellan Navy that got to cross the Strait of Magellan and to circle the world. It has returned in a symbolic way to the coasts where the first disembarking took place and this location constitutes one of the city’s compulsory spots to visit.

Two centuries after, the first settlement was established in the area of Cabo Curioso, it’s main purpose was to extract salt to be sent to Buenos Aires.

In 1780 the Spanish kings during their populating policy sent 200 families to settle in the coast since it was in danger of being attacked by the English.

Antonio de Viedma founded Colonia de Florida Blanca. Nowadays there are almost no remainders of this place to be visited. Curious fact: Patagonia’s first white woman was born in Florida Blanca. In 1783 the colony was ordered to be abandoned notwithstanding the fact that crops of wheat and oats were grown with the help of the Tehuelches.

In 1834 Charles Darwin, who was aboard the Beagle under the command of Fitz Roy made a scientific discovery at the San Julián Port which was included in his book The Voyage of the Beagle. Among other things, the possibility of seeing the “formidable geologic revolutions” that took place in this part of the planet in the layers of the ground got his attention.

And the sheep arrived…

The true growth of this locality started during the end of the 19th century with the livestock settling. It was only at that time that it can be said that the San Julián Port is born, as an urban center on September 17th, 1901.

So as to be a bit more aware of what Patagonia was during those times, it could be said that it was a huge desert territory. The main population center was Punta Arenas, in Chile. Río Gallegos was made up of only a few houses. Most of the first settlers of San Julían came from Punta Arenas or from Malvinas islands. They were all foreigners. 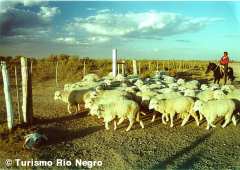 As a direct consequence of cattle farming the first industrial activity of the San Julian Port began. In 1912 the Swift cold store was created and it constituted the main (and only) source of income for this locality until 1963 when it closed down. It was one of the Patagonian establishments that most worked. It functioned from February to May and it had a large workforce. The life and working conditions were miserable and this fact gave place to strikes and violent union riots. Swift’s shutdown forced many families to move out to other places and San Julián ended up almost empty.

Nowadays its main activity is centered in its port where there are tinned food factories whose products are meant to be exported. The mining activity is also very important: some of the mined minerals are clay, copper, sulfate, sodium chloride, among others.