Reality or fiction? A reliable observation or a clever joke? Once again, we are faced with the dilemma of taking sides in a matter that, historically, has generated controversy. Does the aquatic creature known as Nahuelito exist in the Nahuel Huapi Lake, or has it ever existed? 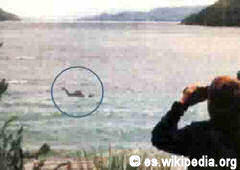 At times we are inclined to think this is another marketing tale. But the repetition of comments in favor of the existence of this patagonian version of the Loch Ness monster, the considerable number of expeditions devoted to find it, and the fact that 50% of the inhabitants of Bariloche believes in Nahuelito (according to a poll) imposes on us, at least, the duty to address this matter seriously.

It is clear, in spite of the strong assertions about the existence of Nahuelito, that this issue presents us with all signs of a legend. Let’s go through the different hypothesis, for and against the veracity of the tale: 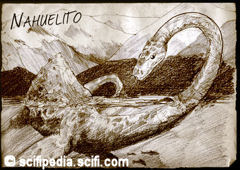 Nahuelito is a prehistoric animal: This is the most popular theory. According to it, the origin of the creature would go as far back as prehistoric times. Nahuelito would be a variety of the Plesiosaurus. In principle, this hypothesis seems to be the most sensible one. Nevertheless, it does not resist the proven fact that the lakes where the mythical animal would wander were formed in a geological stage that came after the extinction of the species referred to.

Nahuelito comes from a mutation: This rather original version suggests that Nahuelito is the unexpected result of a mysterious mutation produced by nuclear experiments carried out in the fifties on Huemul Island.

Nahuelito is actually a submarine: This freak explanation attributes the apparitions to a small underwater vessel of unknown origin pursued by the Argentine navy in the sixties. The physiognomy of this mechanical device might have been mistaken, because of its appearance, for the aquatic creature. 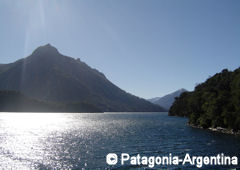 Finally, other hypothesis explain that what clumsy or imaginative eyes did not hesitate to call Nahuelito, would actually be floating logs, accumulated organic matter in state of putrefaction, gas bubbles agitating the surface, or even sheep herds crossing the lake by swimming in its shallow part in search of better grass (which seen together looked like a large swimming animal). Nahuelito is likely to have identity conflicts by now!

Theories nurturing the existence of Nahuelito evidently continue under 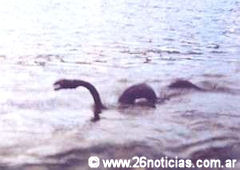 the veil of ambiguity.They have never been scientifically demonstrated and probably never will, but it is curious that the great majority of tales coincide with the description of an animal of about 10-15 meters long, with two hunches, leathery skin and, occasionally, a swan-like neck. It is striking that this characterization is so similar to the descriptions made by the Mapuches two hundred years before.

The legacy of aboriginal legends about an aquatic animal (Mapuches would call it “cuero” [leather]) gamboling in the waters of Nahuel Huapi was recovered in the early twentieth century. In 1910, George Garret was the manager of a company that sailed the Nahuel Huapi Lake. One day he saw an animal that, according to his testimony, “seemed to have a 15 to 20 foot diameter, projected perhaps 6 feet over the water and remained in sight for 15 minutes.” This experience became public only in 1922, in an article published by the Toronto Globe. By that time, stories about the existence of aquatic monsters were in fashion due to the widespread media coverage given to Nessie, the Loch Ness beast.

The first expedition to find Nahuelito was in that year. It was conducted by the Buenos Aires Zoo superintendent, José Chiagi, after the distinguished American gold digger and former sheriff, Martin Sheffield informed him about the prints to the Zoo director, Dr Clemente Onelli. Sheffield had arrived in Patagonia following the trail of the famous bandits Butch Cassidy and the Sundance Kid.

From that moment on, the expeditions to capture Nahuelito did not stop, despite the permanent complaints from animal protection associations, which opposed to the incursions of hunting groups on the shores of Nahuel Huapi. 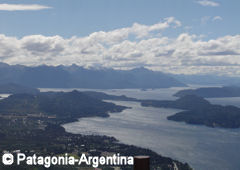 The fact that these ventures have never obtained positive results, doesn’t mean beliefs that affirm the existence of Nahuelito had expired. They are based on the sightings of several people and non-conclusive photographic documents. The mystery remains.

Either an object of knowledge or imagination, the Nahuelito enigma is a healthy excuse to keep a man’s curiosity awake. Nahuel Huapi waters, surrounded by important tourist destinations such as Bariloche and Villa La Angostura, invite us to explore their secrets.