Human beings are generally not aware that the world is in movement. But at the feet of present time History continues weaving its web, its myths and legends. 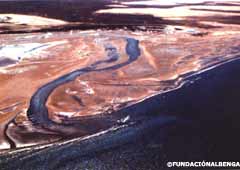 National Socialism was a historical reality, but around this reality myths -a word that is never employed to mean a lie-, have built up at great speed. They have rooted deeply in people’s beliefs, with elements typical of a horror movie, gruesome details, and always wrapped in secrecy.

When the Second World War ended, a great number of submarines from the Third Reich fleet were drifting around the world. History books tell that following contradictory orders some were scuttled while others surrendered to the Allied forces. 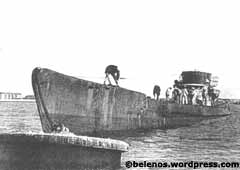 The Patagonian shores were the setting for such events. After the German surrender, the submarine U-530, under the command of Otto Wermuth, surrendered on July 10th, 1945. On July 25th, a report from the Argentine Navy ordered air and sea patrols in the area due to the presence of a submarine near Claromecó. In the subsequent months, several secret documents from the Navy indicate the sight of submarines or periscopes near San Clemente del Tuyú and Necochea. On August 17th, 1945, the submarine U-977 surrendered in Mar del Plata under the command of Heinz Schaeffer. 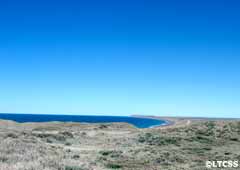 And around these events, the myths originated. Myths that bring Hitler, several Nazi submarines and their crews, and “Nazi gold”, to these Southern lands. Under the influence of some weird retarded effect, as if they were harsh echoes of horror or of resounding explosions brought to South America by the wind, the Patagonian shores were filled with rumors of submarines disembarking in the fog, of patches of vessels glimpsed during low-tide, and of foreigners speaking with a thick German accent.