A natural phenomenon that has already become one of Patagonia’s most sought after, yet unpredictable experience: Perito Moreno glacier’s  rupture. 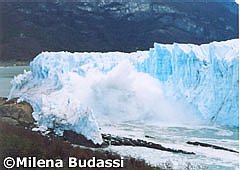 Lake Argentino, in which Perito Moreno Glacier is set, has many branches. Two of them, Sur and Rico, are behind the Magellan’s Peninsula and they debouch in the lake through the Témpanos Channel. And from time to time the glacier’s front ice tongue moves forward and joins the Peninsula, even climbing its coasts. 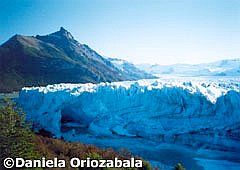 This amazing natural dam makes the level of the Sur and Rico branches (which still keep getting water, ice and snow), raise their level causing a huge amount of pressure. This pressure eases when the water starts filtering through the places where the glacier touches ground and it digs a sort of tunnel underneath the ice. 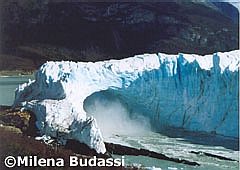 Finally, when this hole gets too big and due to the water pressure, the enormous wall of ice falls apart causing one of the most overwhelming natural phenomenon that can be seen. The complete process of fracture of the glacier may last two or three full days.

In order to better understand the fracture that has made Perito Moreno Glacier so famous around the world it is good to review the facts we know about the history of this unmatchable event. 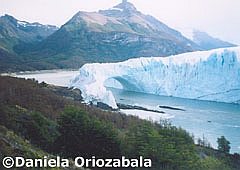 The first fracture registered occurred in 1917. After that, during the 20th century the phenomenon occurred 16 times, the last one being February 17th, 1988. As years passed, and given the fact that most glaciers in the world are in withdrawal, people thought that the Perito Moreno wouldn’t close over the Magallanes Peninsula any more.

But nature surprises us again.

In March 2018, like every other time the glacier fractured in the past, the water level difference between the branches and the lake was very important: from 16 to 30 meters. From the south runway, the show was imposing; it could be seen from a distance of only 30 ft. and even feel the cold it generated on one’s skin.

The last time it happened was in December 2019, although it lacked specularity. 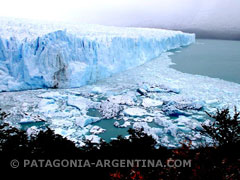 Experts anyway point that this kind of phenomenon is impossible to predict, reason for which we must feel very lucky for having been able to witness such an event and for having one glacier that is still going strong despite the global heating: the Perito Moreno Glacier.