The colonization method used by the Spanish was quite different from the one exerted in the United States, which was based upon rural colonization. In our country the model followed was one of urban colonization and, as a consequence, huge territories (Patagonia included) were left unpopulated. This determined to a great extent the further demographic development of Argentina. 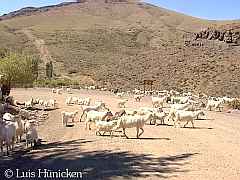 Right from the beginning, the existence of large land extensions with scarce human presence posed a problem for the governments. That’s why there was a widely adopted criteria that “to govern is to populate”, which led to the adoption of official plans specifically devised to attract colonists, preferably European. 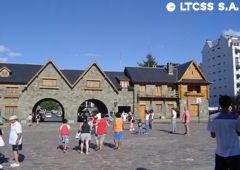 Within Patagonia, many of them came from Northern Europe, Germans and Swiss in the Bariloche/Andean Lakes area, while in the Santa Cruz Province’s estancias they were English and Scottish. At Chubut, there is definitely a predominance of the Welsh.

Of course there are plenty of Italian and Spanish as well, mainly in the Rio Negro Valley zone. They specialized in the planting of fruits and vegetables.

And probably the most important settlers in Patagonia are those who came from other Provinces within the country who, specially after the mid twentieth century, populated many urban centers in the region (which by the way is the one with the largest demographic growth in the whole of Argentina).
So let’s not forget about this: not only in Patagonia but in the whole country, one of the main challenges for current XXI century is to achieve a demographic equilibrium. In this aspect, Patagonia acts like a big mirror of what happens nationwide: Argentina is one of the less populated countries in the world, though fortunately with a high level of literacy.

Will Argentina (and Patagonia) become a new pole of attraction for immigration now just like it was in the past? Let’s hope so.