The city of Mendoza is one of the most beautiful in Argentina. A stroll through the streets, wide sidewalks, tidy squares and landmarks is something that travelers can not miss. 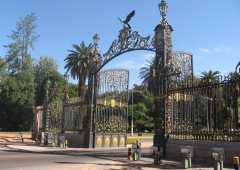 A city tour of Mendoza must include, no matter the order, the following attractions: 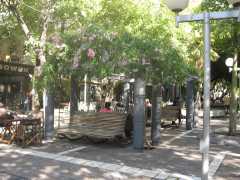 With its high-end boutiques and countless cafes, it is an invitation to walk relaxedly or sit for a drink and watch the passers-by. In the middle there are a gazebo and benches, ideal for summer days and nights.

It concentrates bars, pubs and pizzerias. It is the preferred area for the young crowds.

The city of Mendoza was founded in 1561 in the same valley where it stands today, close to the ancient natural irrigation channels. Today you can visit the Foundation Area Museum where you can see the ruins of the Cabildo, the old slaughterhouse and the ancient “sources” that gave water to the village. This old city, called “Mud City” because all the buildings were made of adobe, was destroyed by the earthquake of 1861. The “new city” rose to the west of the first, closer to the foothills. San Martin avenue acts as a divider axis for the two parts of the city. The new city was planned with seismic criteria: the width of the sidewalks, the location of places and the orientation of the avenues have been all built with this in mind.

It is the city’s main square. Its only monument is the central fountain, decorated with a frieze and a shield in the middle, a gift from the City of Buenos Aires to Mendoza. Within this square is the Teatro Quintanilla and the Museum of Modern Art. On Sundays and holidays there is a large crafts fair. 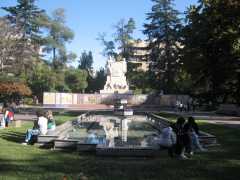 This beautiful square is decorated with tiles brought from Spain and lanterns, which gives it an Andalusian patio feel. It was completely restored respecting the original design a few years ago, and mendocinos are so proud of it that they care for the tiles as if they were theirs!

Divides the streets in East / West. It is a commercial street and also hosts numerous offices of both provincial and city’s administration.

The heart of the city, it is an artificial green area of over 500 hectares, designed by Carlos Thays. Within the park there are a rose garden and several clubs (the most important is the Regatas). Besides, it is the university town and the soccer World Cup stadium. 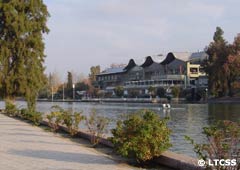 The driveway gates, a true jewel of design. They were bought in Paris in 1908, are made of cast iron and they have at the top a condor and the shield of the city.
Central Lake: It is 1 km. long by 100 m. wide. It is surrounded by a broad sidewalk that allows pleasant walks. It is common to see Regatas Club rowers making their practices there. 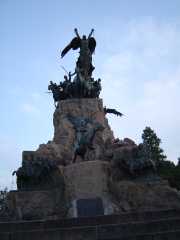 It has two main attractions: The first is the impressive bronze monument dedicated to the Army of the Andes that pays homage to the crossing of the Andes by San Martin. Its friezes and variety and quantity of statues make it unique in the country. The second attraction is the view of the city from the 940 m of the Hill: Stunning both during day and night! 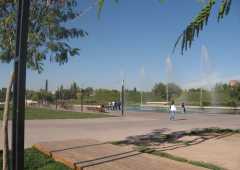 This is a modern park built a few years ago on land that belonged to the railway, no longer in use. It has brought new life to a large sector of the city. Its construction follows the modern urban architecture parameters integrating both recreational and cultural activities.