How it occurred, what reverberation it triggered, how the participants and the audience have experienced it, which old wounds were healed and which ones reopened… All this and more is told in this article.

Around 60 thousand people attended Ceferino Namuncurá’s beatification ceremony. Mapuche and Catholic flags and symbols mingled in a crowd that expressed their spirit with religious songs and 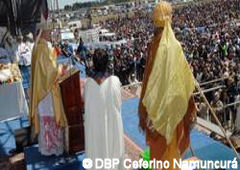 applause. Faithful pilgrims and curious people from all over the country and bordering regions like Chile, Bolivia and Brazil went to Chimpay, a little town located in Río Negro Province in the Argentine Patagonia.

Pope Benedict XVI’s deputy and the second in rank, Cardinal Tarcisio Bertone, together with the Buenos Aires Archbishop Cardinal, Jorge Bergoglio, presided over the ceremony, while Vice President Daniel Scioli and other government officers gave credit and relevance to the celebration.

The intention was to show this beatification as a multicultural event. The opening and closing ceremony was in charge of members of the Mapuche community and relatives of Ceferino, the Salesian native that represents the union of two opposites — on the one hand, the Catholic Church, which used 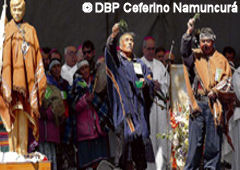 to be significantly involved in the colonization of the Americas and has played a key role in our country’s political decisions; and on the other hand, the exiled, destroyed and forgotten native community.

This conciliation and the delight of the attendants was seen and intentionally showed by many of the media that broadcast the ceremony. However, we should not forget that there is always something else in such important situations and with players of such significance.

Who is Ceferino? And what is Beatification?

First, it is essential to understand what we are talking about. 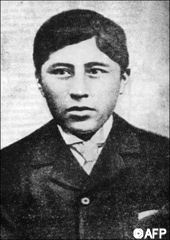 Ceferino was a son of Mapuche Chief Manuel Namuncurá and a Chilean captive woman. Manuel fought bravely against General Roca’s conquering troops but, when it turned impossible to beat them, he settled for a peaceful coexistence with the white man. In 1884, Namuncurá officially surrendered and was promoted to Honorary Colonel of the Nation.

Ceferino was born in 1886 and at the age of 11, when he realized his people were being neglected, he decided to study in Buenos Aires to acquire knowledge that could help his people, so he was sent to the Salesian School.

Afterwards, he studied to become a priest in Viedma; then, Monsignor Cagliero took him to Rome to continue his studies but also in the belief that the weather would be good for his health since the young man had tuberculosis. He died at the age of 18 after having met Pope Pius X and his remains were returned to his land of origin.

Now, what does it mean that Ceferino has been beatified? 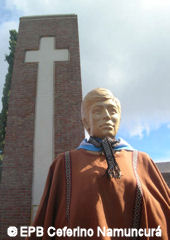 Beatification is the second step in the canonization process, which has a total of three stages:
In the first place, a person who is deemed to have lived a life that was heroic in virtue may qualify as Venerable.
The Blessed can be venerated in public in a particular region and is regarded as such if it is proven that a miracle of God has taken place by his intercession. The other way to become blessed is to have died a martyr.
Finally, canonization means that someone has become a saint. In order to achieve this status, there must be proof of at least a second miracle, or also a death as a martyr. It is the title whereby a person becomes God’s intercessor and deserves universal worship.

In 1973, Pope Paul VI declared Ceferino “Venerable Servant of God”. Additionally, the healing without any rational explanation (and t 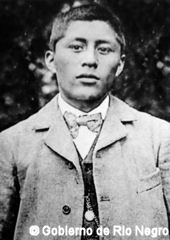 herefore miraculous) of a girl from Córdoba, who had uterine cancer and in 2000 prayed to Ceferino for health, set the conditions to declare him Blessed.

Now, these are rather “bureaucratic” issues, but we should not overlook the fact that the Church has decided to beatify him now,when in fact this request has started a long time ago.

Philosopher and Theologian Rubén Dri wrote in an article for Página/12 newspaper that, according to Benedict XVI, the Second Vatican Council emptied the Church of content by consenting to the claims from the modern world, failing to assert its authority and only adapting to it: “The former attraction of the Church was a double attraction because it was materially and spiritually, as well as politically and religiously, powerful, but it has deviated now to other hands, to other centers. These are the Islam, Buddhism and religions worshipped by native peoples of t 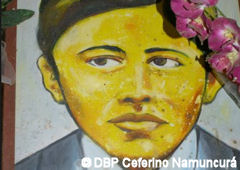 Thus, the Islamwould look like an enemy, the Buddhism, a competitor, and the native peoples may be considered as co-optation prospects. Within this context, Ceferino comes into the picture as a person who is considered by the Mapuche community either as a traitor to his roots or as a symbol of acceptance and redefinition of the white culture. So, “the rise of Ceferino Namuncurá to altars is a good instrument in this fight against native peoples’ religions”.

Some indigenous sectors see it differently, and showed their 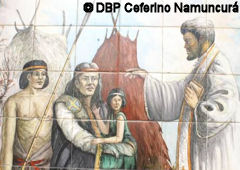 disagreement by not attending the beatification ceremony. The Mapuche Organization Coordination (COM) said that they “do not accept such evil title for a brother who died at the hands of colonization itself”. Besides, members of the Mapuche Education Center consider that “he belongs to this land and we think it is outrageous that he is still being used to dominate and Christianize our people”.

None of these claims seem unfair if we take into account their past experience and worldview.

Nonetheless, the beatification of Ceferino set some other issues into motion.
On the one hand, this event let a little town of 2,000 people in a peripheral nation become visible. Chimpay opened its stores, lodgings and hearts.

On the other hand, the beatification of Ceferino brought back to life the “Zapalero”, an old train that used to run across most of Río Negro and Neuquén Provinces, and this time it brought 800 faithful pilgrims to and from Chimpay.

Moreover, the beatification of Ceferino put to work critical thought, an activity that is indeed desirable. Ceferino is a symbol, a weapon and now a Blessed that reopens Latin American unhealed wounds. This is a historical moment that not only gives us the chance but mainly urges us to reflect and compare yesterday’s and today’s attitudes and roles of our National Government, the Church and minority communities such as the indigenous peoples; all in all, a historical moment in a country that is looking for its place in the world.