Science and human commitment combine to build an environment of  knowledge and emotional respect in the Museum of High Altitude Archaeology  of Salta. The museum exhibits historical findings of the Incan culture and especially the archaeological treasure of the “Llullaillaco Children”. 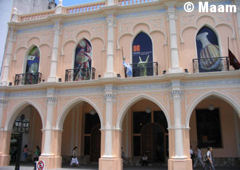 Modern and avant-garde, the Museum of High Altitude Archaeology (MAAM)gives you the chance to travel throughInca history in its splendid halls equipped with state-of-the-art technology. Using new and innovative methods, a respectful environment of the Andean world is recreated, offering visitors laboratories, research areas and exhibit rooms.

What is High Altitude Archaeology?

Archaeology is the science that studies the past of human beings, 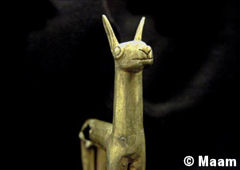 the history of their social life with the help of material remains, and their relation with the natural environment. Archaeologists work in all the environments where human life has developed, from coasts to mountains, from the poles to the tropics.

However, High Altitude Archaeology is a new branch, a new challenge the scientists in the Northeast of Argentina are facing.
The typical environment of this new discipline is Andean high peaks. In the past, Incas used to perform most of their religious rituals in the highest peaks of their empires, where they built their “high altitude sanctuaries“. 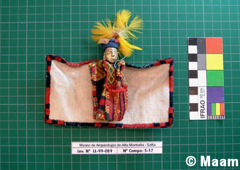 These sanctuaries are the highest archaeological sites of the worl.  There exist no similar expressions in any other part of the world. Most inhabitants of mountainous regions considered peaks to be sacred, though they worshipped them from the base, not climbing to the top.
On the other hand, the development of high altitude archaeology is related to mountaineering, a sport which has allowed many of these archaeological sites to be known, encouraging researchers to face the difficulties posed by this kind of land.

MAAM is located in downtown Salta, at Plaza 9 de Julio, across from the Museum of Contemporary Art. It opened its doors in 2004 by initiative of the provincial government and the Secretary of Culture of the Ministry of Education, when one of the most important discoveries of the last years was made: the three Llullaillaco 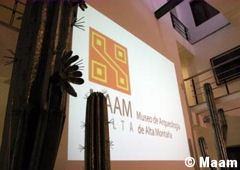 Children, buried 500 years ago at an altitude of 6,730 meters, as a religious sacrifice, together with one hundred and forty-six grave goods.

The museum offers permanent and temporary exhibitions, where you can find ritual, textile and religious objects. The most remarkable rooms are the Mountain Archaeology Hall and the Inca World Hall, which exhibit the expedition tour and the discovery of the items which had remained frozen over five centuries at the top of the Llullaillaco Volcano. 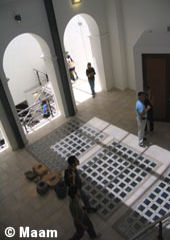 MAAM is located in a historical, neogothic building, from mid-19th century. A true architectonic piece in the center of Plaza 9 de Julio. The façade was restored and revived, and the inside was remodeled keeping the original structures but adapting them to its new function.
There is a first floor and three levels, connected to each other by a double central staircase, inspired by Leonardo Da Vinci’s design in Chambord Castle, by the river Loire.
Due to the peculiarity of its collection, the air inside the building is filtered and purified and monitored to keep constant temperature and humidity levels. 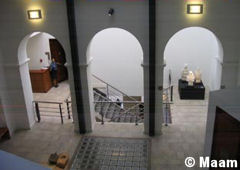 Illumination is another sophisticated feature: really low, and intensified as people enter. A subtle music plays as visitors walk through the halls, recreating pre-Columbian chants, music and sounds.
The areas of public flow are decorated with pieces by contemporary artists from Salta, which link past and present in a clever syncretism. 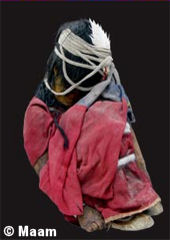 The job performed by the museum guides is worth mentioning. Trained as experts, they use all their knowledge and dedication to explain everything in full detail, allowing the public to get inside the Incan culture. Their help is irreplaceable at the moment of creating the appropriate context to encounter the mummies, displayed in a separate hall.
We are then overwhelmed for a while. The astonishment produced by thealmost perfectly preserved bodies is followed by the sensation of witnessing a past which becomes present in the blink of an eye. Then, as the unpredicted audience of a sacred ritual, we can contemplate 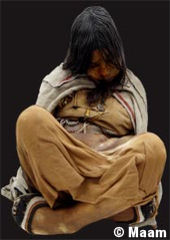 these children, sons of nobles from the Incan empire, offered as mediators between the gods and men at the top of the Llullaillaco Volcano, the closest place to the Sun, 500 years ago. Here we may say that we have hit the finishing line.