On aggregate, one of the attractive features comprised by the region is the possibility of establishing direct contact with traditions and millenary customs, many of them are the result of the fusion between the local culture with the one from the Spanish people. Thus, all the holy days festivities, catholics or pagan, in Salta are transformed into an outbreak filled with music and colors. 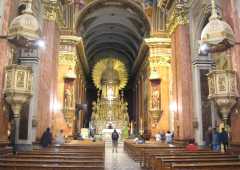 Some of the typical customs are the following ones: 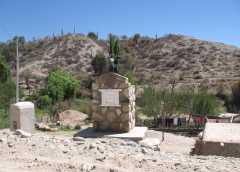 November the 2nd , traditionally the “day of the dead”, is the commemoration for the souls in Salta and Jujuy. In order to entertain and please the souls of the dear beings who have passed away, in almost every house mass bread figures are prepared representing objects wanted and loved by the deceased person. Also food and drinks are left as food for the new soul, and a little ladder so that it can return to the sky.

Adornments in the cemeteries: 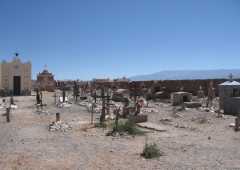 It is common adorning the tombs with paper flowers of every color, it gives a joyful atmosphere to the cemeteries, as a celebration. A clear example is the one of Maimará.

To both sides of the ways it is not uncommon to see piles of stones, rising as altars. They are called apachetas and are offered to the Pachamama. 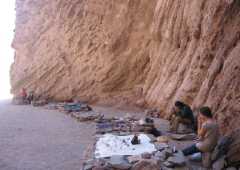 The northwestern music has several characteristic rhythms, differentiating it from the rest of the country: el carnavalito, el bailecito and el takirari are most typical. In addition, also la zamba, la vidala, la baguala and la cueca are characteristic of this region.

The chewing of coca leaves:

An ancestral custom done to avoid the apunamiento, name given in the region to the altitude sickness.

The settlers of the region express their religiosity with great fervor and devotion. The catholic traditions, in which the processions stand out, the devotion risen to the different invocations of the Blessed Mother, the misachicos and the mangers coexist with old popular cults inherited from the natives.

All the celebrations, even the catholic ones, imply a grand outbreak of unfolded colors and music. The Humahuaca carnivals are famous. This celebration comprises and combines traditions with indigenous reminiscence as well as Spanish and Creole influences. In addition to the comparsas, there’s a mask, disguises, dolls, games, music and songs.

The Andean region has a vast variety of vegetarian food developed by the natives a thousand years ago. As an example: the potato, maize, pumpkin, quinoa and many kinds of different beans.

To be able to say that one has really been in Salta it is necessary going to a Folk Show at least and tasting the refined dishes of the local food. 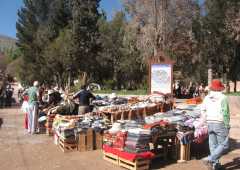 The indigenous and Hispanic looms coexist in the northwestern region, where the weaving of the traditional ponchos, barracanes, blankets or puyos comprises a part of the economy and general production.