Patagonia is one of the less populated regions in the world. There are certain areas where the demographic density is less than one inhabitant per square kilometer. 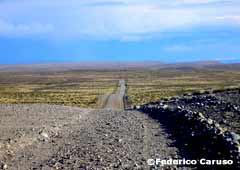 This fact poses a contradiction: on one hand it is an advantage since it constitutes a reserve of resources and virgin land in an overpopulated planet which, according to experts, is due to collapse within this new millennium. On the other, from a geopolitical point of view it is a problem since it becomes a region which is vulnerable to resource and territory despoilers. Such a huge (and in certain places inaccessible) extension of land like Patagonia suffers from poor control mechanisms.

But let’s revisit the history of how this part of the world became populated: it seems that the first men who arrived in this region came from the north. They were walkers belonging to one of the groups that supposedly crossed the Bering Strait during the glacial age.

As centuries passed by, different racial / indigenous groups were conformed which, in turn, gave birth to several tribes. Patagonia’s aborigines (although they did not originate any “great” civilization like the Aztecs or Mayans) have a fascinating history of adaptation to an hostile and complicated habitat. 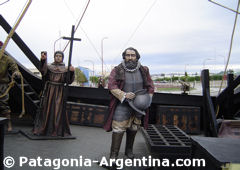 Then the European man came. But long before any real colonization began, there were explorers, travelers and scientists who came to the Patagonian coasts and performed studies and maps, sailed across its rivers and got up to the Andes mountains. They were basically driven by the passion for discoveries, lots of Patagonia myths and legends and the search for a passage to the Pacific Ocean.

But true colonization occurred later. And sometimes, from unsuspected places like Wales. The Welsh colony is currently one of the most important in Patagonia, and they settled in the Province of Chubut. This assorted “palette” of races is the main difference between Patagonia and the rest of Argentina’s regions. 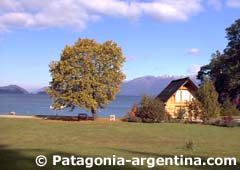 And today Patagonia keeps its history full of contrasts: lots of hippies moved here during the sixties, the “rich and famous” keep buying almost virgin lands where they build fantastic mansions, and everyday’s ordinary people also choose this unique place in the world to settle down… all of them with their “bags full of desires and ambitions”; and we mean desire for a healthier life, contact with Nature and ambition for personal fulfillment and growth. But, as stated before, all of them share a bit of that “pioneer spirit” which characterized those first walkers who came from the north.