Climate change is the potentiation of weather phenomena. The most famous one is global warming, which consists in the steady rise of the Earth’s atmosphere and ocean temperatures, as a result of the greenhouse effect. 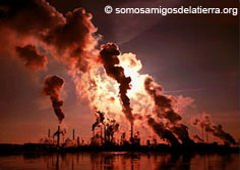 This is generated as certain gases in the atmosphere lower layers (carbon dioxide, methane, etc.) capture part of the solar radiation released by the Earth in the form of heat, thus creating a true “global greenhouse” that alters the natural climate balance.

This change is caused by the release of greenhouse gases (mainly carbon dioxide), generated by fossil fuel burning, deforestation, and other human actions. 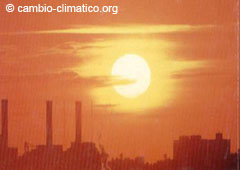 At the end of last year, the World Meteorological Organization asserted that the decade of 1998-2007 was the warmest one registered so far and, according to the data published by the Goddard Institute for Space Studies (NASA), the year 2007 surpassed 1998 as the second warmest year registered until now, with a global mean temperature of 14.57° C (58.22° F). The global mean temperature of 2007 exceeds by 0.8 ° C (33.44° F) the average between 1881 and 1910 (pre-industrial era). At this pace, mean temperature rises expected for the future could easily reach 2 or 3 degrees by mid-century.

All this seems to be outlining a merely abstract and statistical map of the problem, but the consequences are clear: recurrence of tornados and hurricanes, suffocating heat waves, droughts, glacier recession and floods, increase of infectious diseases, food 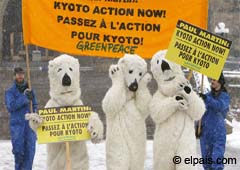 shortage, among others. In addition, these changes could lead to the extinction of some species that will not be able to survive the variations of the ecosystem in which they live.

Of course, the effects are even worse in poorer countries, which lack adequate infrastructure and resources to control the impact, and which suffer the consequences of the damages caused by more industrialized countries. However, the effects of climate change have been felt in the developed world as well. In 2003, in Europe, over 40,000 people suffered the heat waves. 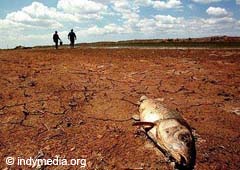 Many scientists claim that climate change was responsible for such natural cataclysms as the “Tsunami” in Indonesia and Katrina Hurricane in the south of the United States. The so-called“climate refugees”, who must abandon their homes due to the action of these phenomena, make up a new social category as victims of environmental catastrophes.

All the undesirable consequences mentioned in this paper suggest that thetechnical imagination of modern man follows a single and unlimited path: progress. We would be obliged to simply watch the results as outside, passive spectators.  But this ever-forward march entails the risk of mortgaging the future of upcoming generations due to the irreparable damage caused to the environment. Thereis no ethical neutrality in 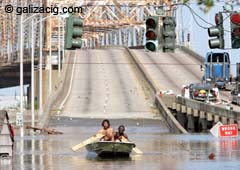 technology; it is not something that can be used for better or worse according to man’s will. Negative (as well as positive) consequences are inevitable. We are now talking about how much man is willing to sacrifice of their natural heritage, since it is evident that a given level of environmental pollution is tolerated for the sake of technological progress.