The famous bandits were in Argentine Patagonia in the beginning of the twentieth century; such a legend has been debated in a symposium in Trevelin, town located in the Andean area of the Province of Chubut. 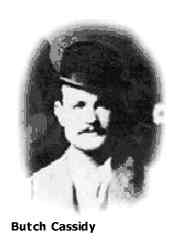 Last September, “The Second International Symposium about the American Bandits in Patagonia” took place in Trevelin, Province of Chubut. The famous bandits Butch Cassidy and Sundance Kid traveled these lands making up a Patagonian legend nowadays.

It’s not a coincidence the fact that they chose this region: the similarity between Patagonia and the American far west is really notable; large stretches of nothingness, dust, silence, dark skies and –at least by those days- uncountable possibilities of robbing a bank without being caught because of the size of the territory and the police inefficiency.

Probably the spirit for adventure had a lot to do in the decision of these bandits. In 1901 they disembarked in the city of Buenos Aires, in La Boca neighborhood, very near a major current tourist site: “Caminito”. They arrived with Etta Place.
They were a little more than a month in Buenos Aires –they stayed in a hotel in the corner of Cangallo St. And 25 de Mayo St., near the harbor- and made acquaintances with the Newbery Family, uncle and father of the well-known aviator, both devoted to dentistry. They suggested the bandits to settle in Patagonia. And so they did.

Before leaving The United States this pair committed a great robbery, and part of that money came to this land. The evening of September 19th 1900, they robbed the First National Bank. There are some who claim the booty was about 32,000 dollars of those days.

Butch’s records showed he had been set free from prison by a government pardon, while Sundance had escaped from jail. As the historian Francisco N. Juárez remembers, according to an article in the Spanish magazine “Co & Co”, they had no records for murder.

Their first trip to Patagonia was by train. They were at Limay Station (Cipolletti) of the Southern Railways, and they paid Chilean Francisco Albornoz to take them to the Welsh colony 16 de Octubre.

Butch Cassidy was born April 13th 1866 in Beaver, Utah, and his real name was Robert Leroy Parker. Sundance Kid was born in Phoenixville, April 19th 1868 and his name was Harry Longbaugh. In Argentina their names were to change once more: Kid would be known as Henry Place and Cassidy as Santiago Ryan.

The first robbery that evidenced their presence in the south happened February 14th 1905 at 3 PM at the Banco de Londres y Tarapacá in Rio Gallegos. In that opportunity they took 20,000 pesos and a little box with sterling pounds in it.

A couple of years later, Ryan and Place reappeared in Cholila as business partners, bringing horses and sheep to the region. They set up a countryside store and left an English man named Moore as the person in charge. In 1907 another robbery occurred, this time was the Banco de Villa Mercedes.

Without leaving many tracks, Cassidy, Kid and Etta left Patagonia and went to a more desolated place where they died.

On November 7th 1908 they were murdered by the Bolivian Army in the village of San Vicente.

I enjoyed your enthusiastic article. The article, however, contains numerous minor grammatical errors. If you will allow me to make revisions so you can improve your online text It would be my pleasure. Gracias.