Home > Andean Patagonia > El Calafate > How to get to El Calafate?
Tweet

How to get to El Calafate?

Given the fact that El Calafate is very far from other cities in Argentina, the best option is to fly. Most services depart from Buenos Aires although, according to the season, there are connections to other areas in Patagonia as well.

If going by car, then the way is first to Rio Gallegos, along Route 3 and afterwards Route Provincial 5. 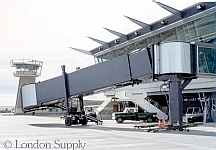 Distances from El Calafate to:

Patagonia Tours
Absolute Argentina
The ideal trip for those willing to know Argentina's travel icons: Perito Moreno Glacier in El Calafate, the End of the World in Ushuaia, the indispensable and mysterious Buenos Aires and the new Wonder of the World, The Iguazú Falls. A combo that lacks nothing, with...
Adventures in Patagonia
A trip designed for active travelers and thrill-seekers! It combines the two most emblematic destinations: El Calafate, the capital of the glaciers, with Ushuaia, the icon of the End of the World. In each place, the selected hotels, the excursions and the services chosen make...
Calafate Gourmet Experience
We propose you a special trip to El Calafate, with two tours that will take you literally to the heart of glaciers: You can walk over the blue ice of Perito Moreno Glacier, visit the famous runways for great sights and also spend a whole...
El Calafate and El Chaltén Express
This is a tour in which you will interact with nature in an active way. In El Calafate, you will see the imposing Perito Moreno from the walkways. The Gourmet Glaciers Experience will grant you the possibility of getting to know the other ice giants...
Deep El Calafate and El Chaltén
It is an ideal six-day trip for those fond of trekking. In El Calafate you will make the famous excursion Hiking Perito Moreno Glacier. In El Chaltén, where the famous Mt. Fitz Roy is, you will have two free full days so as to follow...
El Calafate and Torres del Paine Express
Enjoy this tour through two of the main attractions of the Argentinian and Chilean Patagonia. The majestic Perito Moreno Glacier and a full-day tour through the Torres del Paine National Park.