The Argentine Patagonia is located in the south of the American continent. It extends from the Colorado River to Tierra del Fuego. 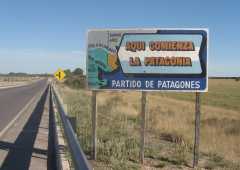 Its topography can be compared to gigantic stairs with the highest step being the Andean Range, then descending to a terraced plateau that culminates in the Atlantic Ocean generally with cliffs. This particular terrain has three well differentiated zones: the Andean Patagonia,  the Atlantic Patagonia and the Central Patagonia.

It is one of the least populated regions in the world, with a density in some places of 1 inhabitant per square kilometer.

The climate is generally cold, although summers are hot in the central strip. 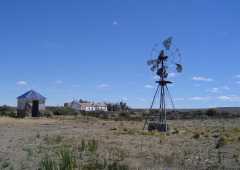 Temperatures descend as you go south, due to the vicinity of the polar zone. But the most characteristic feature of the Patagonian climate is the wind. The winds in this region originate in the Pacific Ocean, they download their humidity in the Andean mountains, causing abundant rains, and then sweep with great intensity the enormous barren plateaus.