Get all the details via email 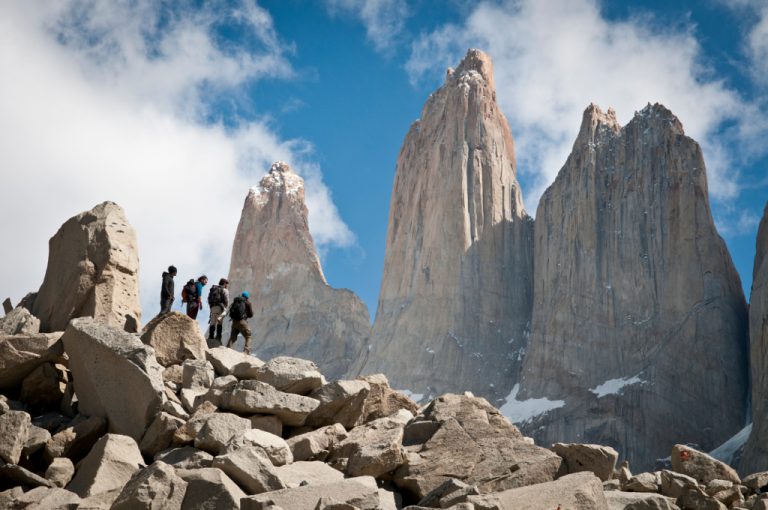 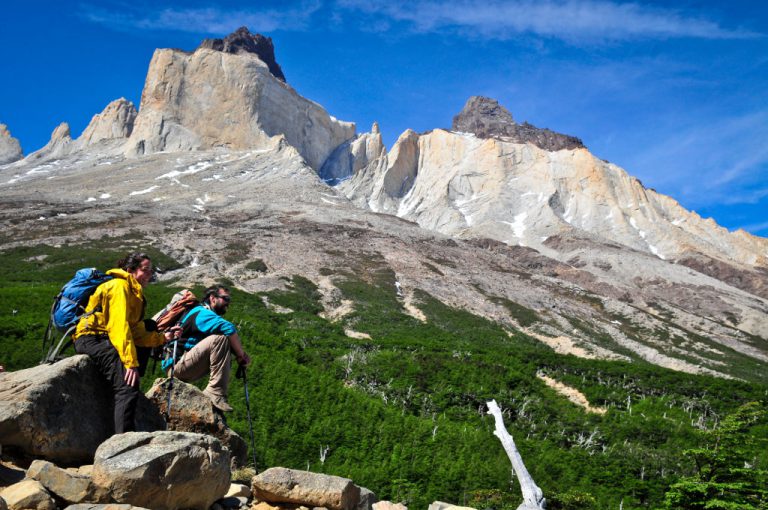 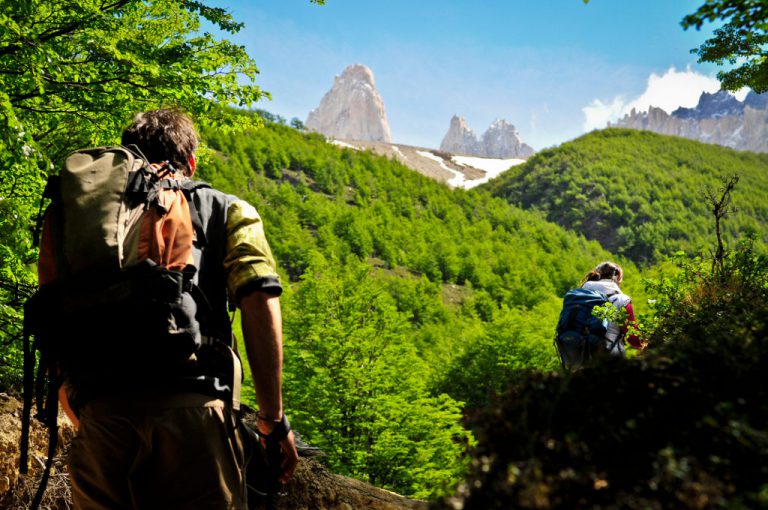 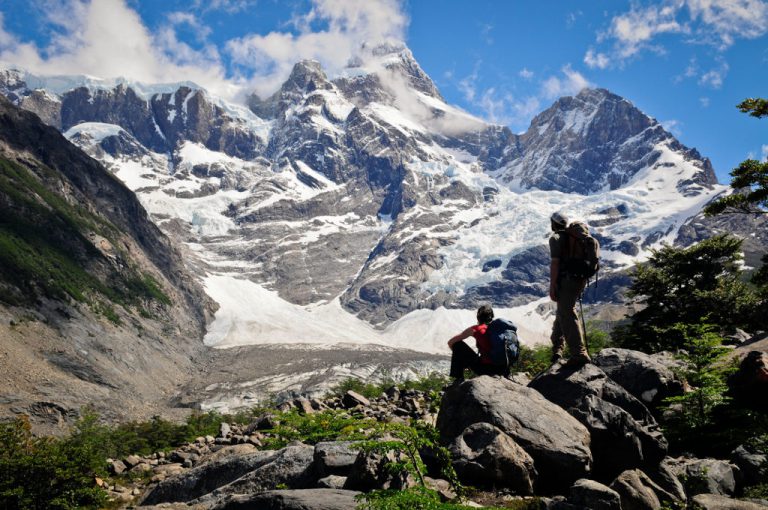 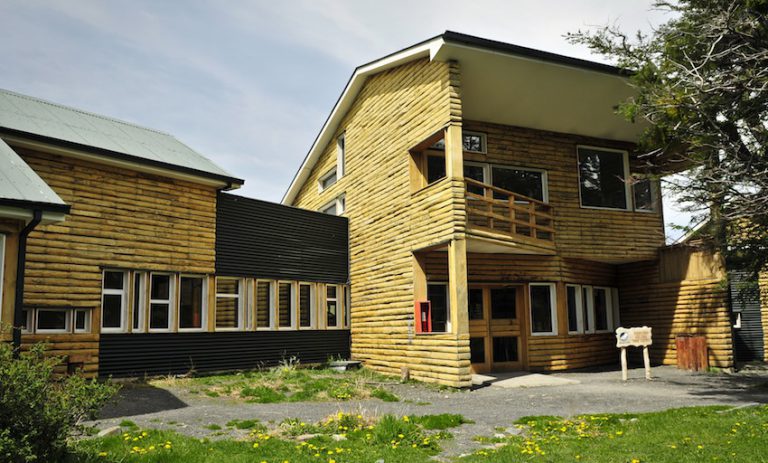 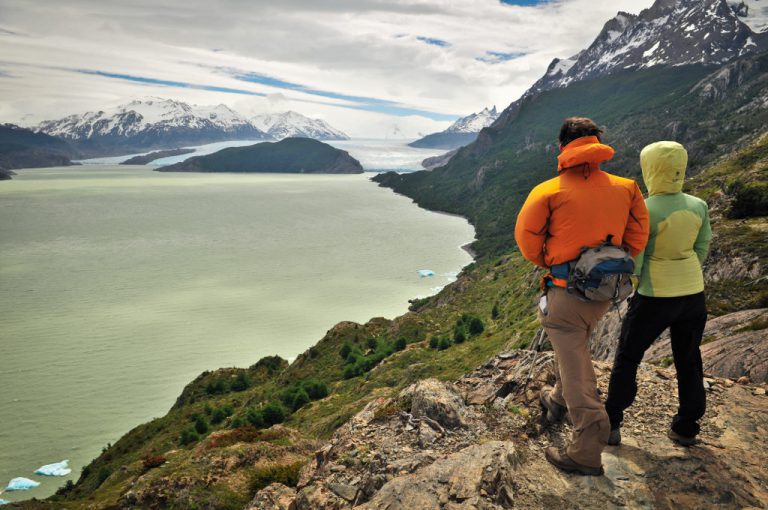 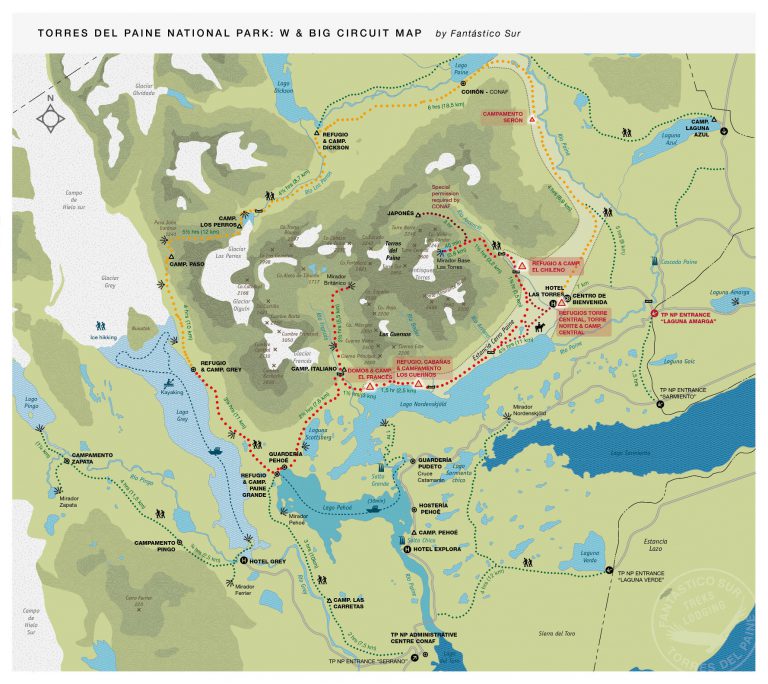 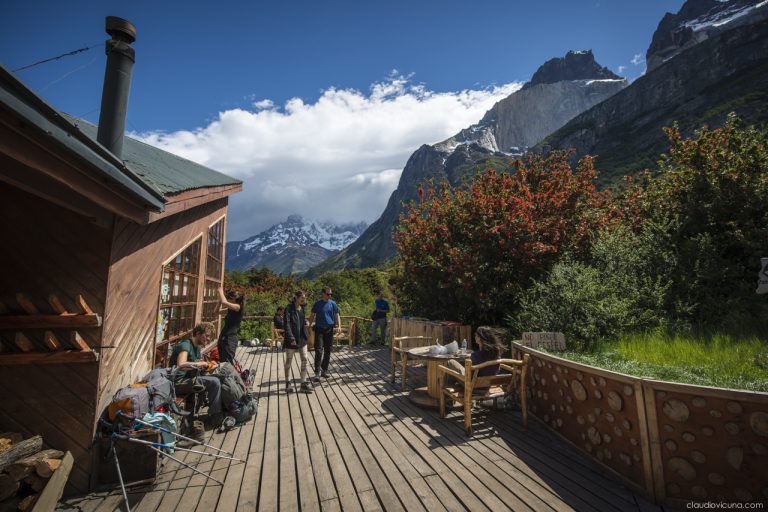 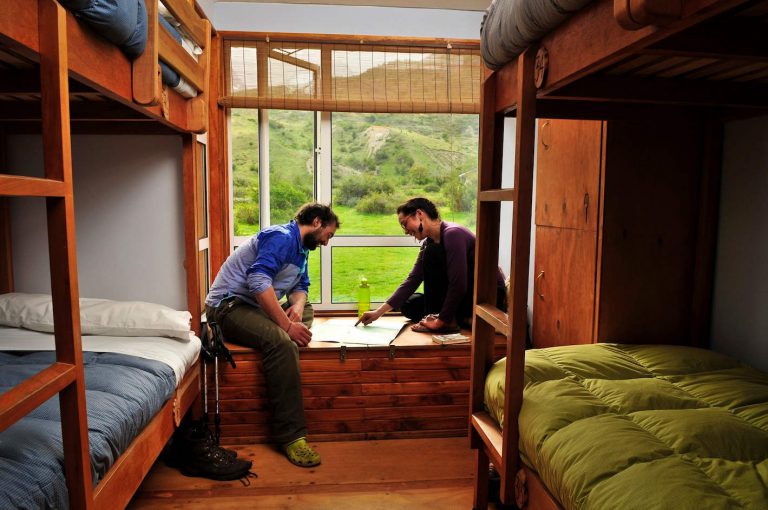 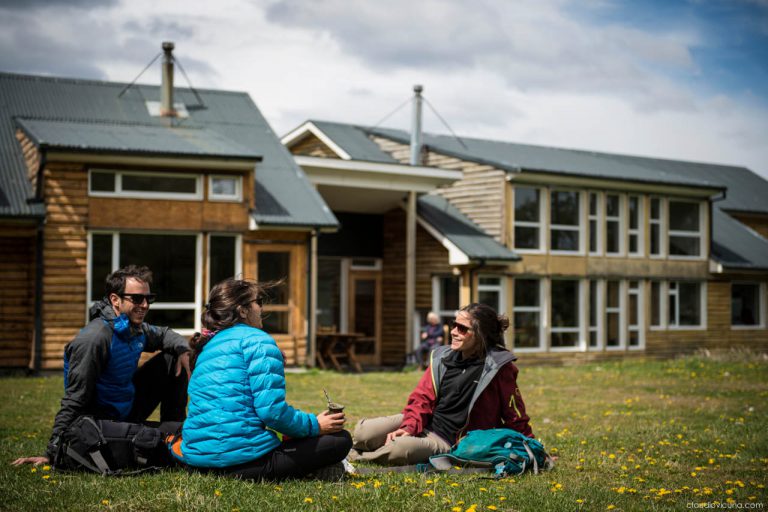 We propose you to know Torres del Paine National Park in depth, taking part of a 5 days long incredible adventure. You will visit the most emblematic places doing the W Circuit, named after its shape on the map. This is special for lovers of nature and hiking as it is 70 km. long route (divided in stages), visiting Laguna Amarga, the hanging glacier of Mt. Almirante Nieto, the French River Valley and Grey Lake, just to mention a few of the spectacular landscapes you will find along your way.

Puerto Natales ¢ Torres del Paine (Regular Bus).
Registration time at Rodoviario (Bus Station): 2pm.
Departure: 2.30pm. / Arrival to PorterĒa Laguna Amarga: 4.30pm.
Transfer in a regular bus from Puerto Natales to Torres del Paine. The journey lasts approximately 2 hours (112 Km.), passing through Cerro Castillo (a small border town situated along the route to the park and 54 Km. from Puerto Natales).
Upon arrival to Laguna Amarga, all travelers must get off of the bus and visit the CONAF Administration Office where they will follow all protocol necessary to enter the park; the park entrance fee is included in the cost of the program. Having finished the paperwork, travelers will board the transfer vehicles that belong to
Transportes Las Torres and which will take them to the sector surrounding the Cerro Paine Ranch and then on to The Welcome Centre of their first lodging: Refugio Torre Central.

Trekking Base Torres Lookout (7 ¢ 8 hours, 13 Km).
Recommended time to begin the trek: 9am
The first stage includes an ascent for about 1,5 hours, with beautiful views of the surrounding lakes and Mount Almirante NietoÆs hanging glacier (2.670 m a.s.l.), until arriving to Refugio El Chileno. Here, the traveler will go through check-in, recharge energies and leave his/her main luggage before initiating the climb with a small rucksack. From here, and for about an hour, the traveler will cross a millennium-old forest of lenga trees before arriving to the base of the ōMorrenaö. At this point, he/she will ascend for about 45 minutes in order to arrive to one of the siteÆs most magnificent areas, "Base Torres Lookout", from where the imposing Torre Sur (2.850 m a.s.l.), Torre Central (2.800 m a.s.l.), Torre Norte (2.600 m a.s.l.), Nido de Condor and Glacier Torre can all be appreciated.
Level of difficulty: High.
Lodging: Refugio El Chileno / If there are no beds available at this shelter, the alternative is to return to Torre Central (2 hours additional walking time).

Trekking Refugio El Chileno ¢ Refugio Los Cuernos (5 ¢ 6 hours, 11 Km).
Recommended time to begin the trek: 9am
A moderate trek around the Macizo Paine, circling the base of Mount Almirante Nieto. From Refugio El Chileno, and after half and hourÆs walk, the traveler arrives to the ōAtajoö, a path on the right that continues towards Refugio Los Cuernos. Along the journey the traveler can take in the incredible sites of Lake Nordenskj÷ld, the hanging glaciers and local flora, including the ōciruelilloö or ōnotroö trees, which delight in displaying their characteristic red flowers from December onwards. After a four or five-hour walk, the traveler will arrive to the area entitled, Los Cuernos, which is considered by many as one of the most welcoming spots along the entire circuit.
Level of difficulty: Medium.Ā
Lodging: Refugio Los Cuernos.
Depending on the availability, we recommend that you stay in the Los Cuernos Cabins; an exclusive style of accommodation with private romos for one, two or three people and spectacular views.

Trekking to Francķs Valley / Paine Grande (11 ¢ 12 hours, 25.3 Km).
Recommended time to begin the trek: 8am
The first two hours are fairly light with views of Lake Nordenskj÷ld until arriving to ōCamp Italianoö. At this point, we recommend that you contact CONAF staff and make arrangements for leaving backpacks at the camp before beginning the ascent with just a small rucksack containing water, food and warm clothing. The climb begins from the valley of River Francķs and continues all the way up to the Francķs Glacier Lookout (1.5 hrs). From there, the climb continues along the path until arriving to the area called ōBritßnicoö and the ōBritßnico Lookoutö, which offers one of the national parkÆs most impressive landscape views.. The peaks that can be appreciated from this lookout are Paine Grande, Catedral, Hoja, Mßscara, Espada, Aleta de Tibur¾n and Cuerno Norte. The return trek follows the same path down to ōCamp Italianoö and then onwards to the sector known as Pehoķ, where the shelter is located.
Level of difficulty: High.Ā
Lodging: Paine Grande Lodge.

Trekking to Grey Glacier (8 ¢ 9 hours, 22 Km).
Recommended time to begin the trek: 9am
Roundtrip to the Grey Glacier Lookout. After about one and a half hours the traveler will reach the first lookout, where itÆs possible to observe the glacier at a distance. From there, the traveler will follow a path that circles the west bank of Lake Grey. After about one and a half / two hours the traveler will reach the main lookout with spectacular views of Grey Glacier, Cord¾n OlguĒn and the ice floes. The return journey follows the same path, arriving to the sector known as Pehoķ. At the pier the traveler will board a ferry and take a trip across Lake Pehoķ, disembarking at the sector known as Pudeto from which point a transfer will be waiting to take him/her back to Puerto Natales.
Level of difficulty: Medium.

Our prices are final and comprise all transfers, lodging and excursions as detailed in the "Itinerary" and "What's Included?" tabs. Make sure you read them.


It does not include

Guide (available as an add-on) and drinks.